When a company decides to re-brand, their hope is to create an entirely new persona for their company and team, in order for old and reliable customers or clients to get excited about the new brand designs and implementations, as well as bring in entirely new customers due to their change. Companies need to evolve to stay relevant, and so do their brands. Today, we will review 10 successful company rebranding ideas and discuss their choice of design, and what direction they decided to take that differs from their old one.

Old Spice has been around for decades. In fact, they outdate as well as outsell many newer companies today. First introduced in 1937, Old Spice was seen as a product for older men, and had millions of reliable customers over the years. In the more recent years, you’ve probably noticed that they have been more prominent in terms of popularity and the sheer size of their advertising budget-which reaches millions. Their rebranding started with new products, funny advertisements that were catered to a younger demographic, and as a result, they gained an insane amount of new, younger customers. Their web design is rustic, comical, and entertaining enough to allow for a user to stay on long enough to buy their product. 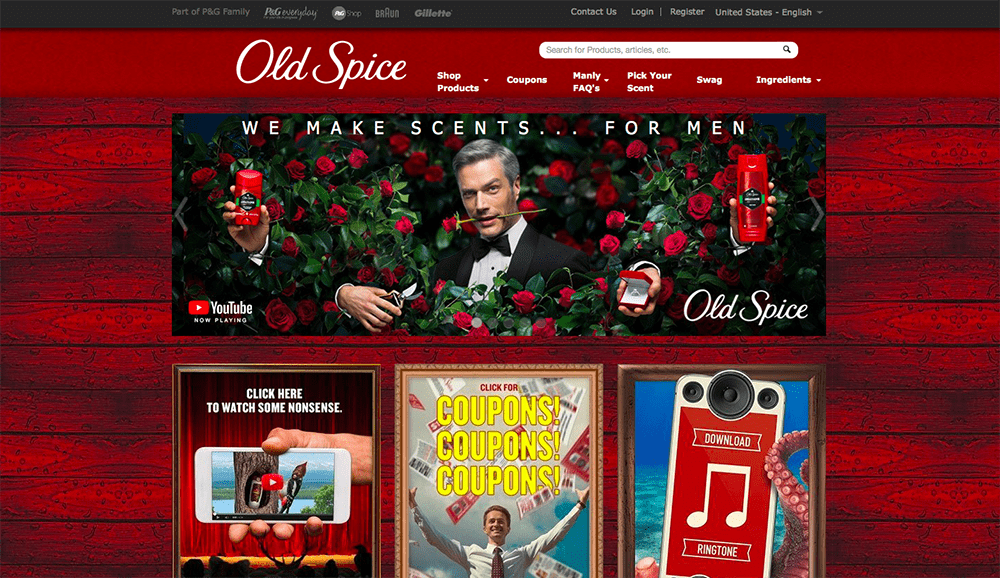 Possibly the most successful rebranding story of our time, Apple conveys a message that minimalism and simplicity is exactly what the masses wanted. A failing company before Steve Jobs entered and rebranded the entirety of the Apple brand, he used minimalist inspired designs and avant-garde thinking to jump start a brand new company that has grown so colossal, that it is one of the most powerful companies in the world today. 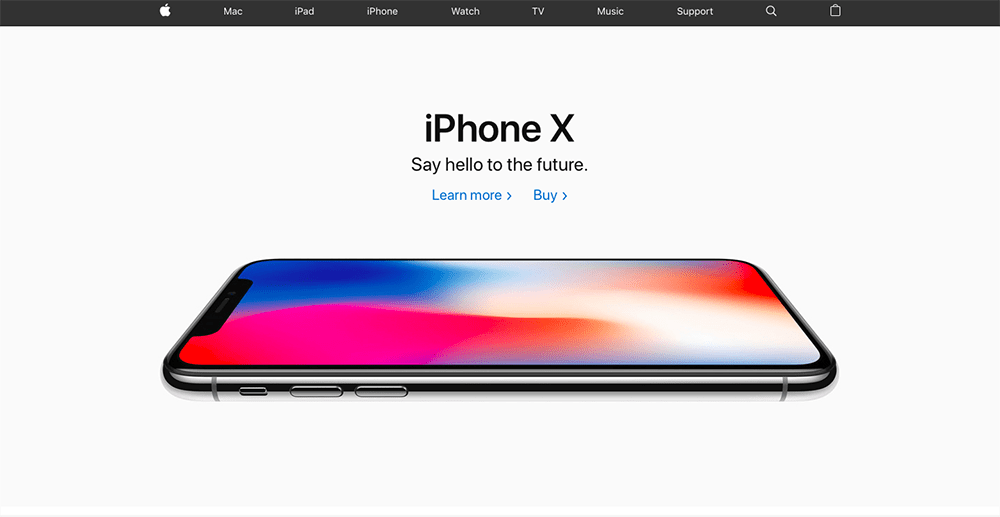 McDonald’s has always been well-renowned, right? Well, they had a little hiccup when they famous documentary called “Supersize Me” came out. It caused an uproar, hundreds of thousands boycotted McDonald’s, and they were losing business, even though they were already such a large company. In return, they rebranded with an entirely new attitude. They offer milk and sliced apple options for kids’ meals, salads have their own section on the menu, and they have even upgraded their interior designs to have a more modern look, in order to appear more professional and trustworthy. This is a classic example as to why it is so imperative to listen to what the customers want, and to follow through. Your business will thank you.

Airbnb is a website and app that allows people to find places to stay all over the world. Their success is immeasurable, and they wanted their rebrand to provoke a sense of security, of passion and of love. This is what can make a customer feel at peace, at home, and loving the Airbnb experience enough to try it again and again every time they travel.

Almost everyone remembers the old branding of Taco Bell, how it was extremely casual and even featured a Chihuahua as a mascot (R.I.P). Nowadays, Taco Bell rebranded into a more modern look, including better ingredients and quality recipes created by well-renowned chefs. This new modern look caters to a new demographic that can appreciate that there are vegan options, healthy options, and better ingredients than that of their competition fast food chains. Their new modern look was reflected by their minimalistic new logo, which features a more modernized and simplified version of their old logo.

Quickly becoming one of the most profitable apps in the world, Instagram saw that they were getting a lot of competition from other social media platform apps such as Twitter and Snapchat, as well as the Facebook app. They implemented a rebrand that featured a more modern version of their old logo, a camera, and added features that would keep more people on the app such as stories that last 24 hours (like Snapchat), and an explore page that will keep users engaged for a longer time. Nowadays you can even purchase things off of Instagram, and many social media influencers make their living off of working on Instagram with advertisements and brand deals, keeping Instagram one of the most successful apps and rebrand stories to date.

Speaking of successful rebranding, YouTube has created a digital empire that has created a new gateway for careers, and the way we view entertainment today. Cable is going out of style, and so with a new logo that is simplified, YouTube created their own TV package by partnering with TV companies to stream their content on their platform. They also changed the game by creating YouTube Red, which offers users’ favorite influencers and charges them for a premium version of shows and content. After their rebrand, YouTube is only continually growing, and has become such a giant, it might very well be the new cable television.

Everyone knows and loves Pandora, a music streaming app that has a plethora of different music genres offered for free, or premium in order to skip advertisements. With the recent upbringing of apps like Spotify and Apple Music, Pandora was facing a slump in growth. With their new logo and different web designs that resemble a modern, yet colorful and simplistic design that was sure to get them more attention. They also upgraded their user experience by updating their apps and website, in order to increase the user experience. 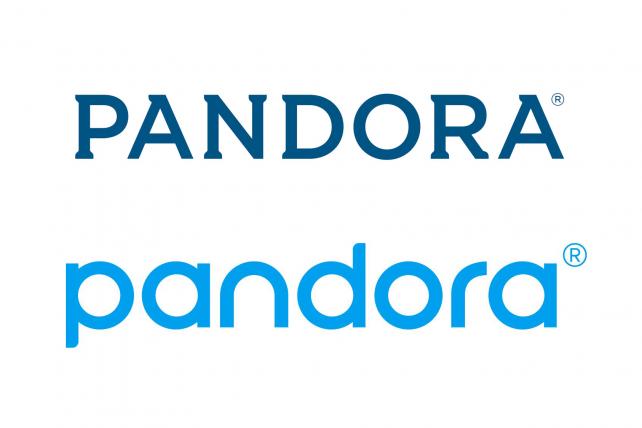 In most of the rebrands that we have seen, the company takes their old logos and simplifies them, with minimalistic attributes. Along with that, they tend to make the fonts of the logos bolder, and in turn create more emphasis on the name of the brand. People want simplicity, and that is what Uber has done from the start. They want to promote an easy and safe user experience, and have always strived for the most minimalistic designs and interfaces that they could, in order to bring attention to their main ideas and brand. 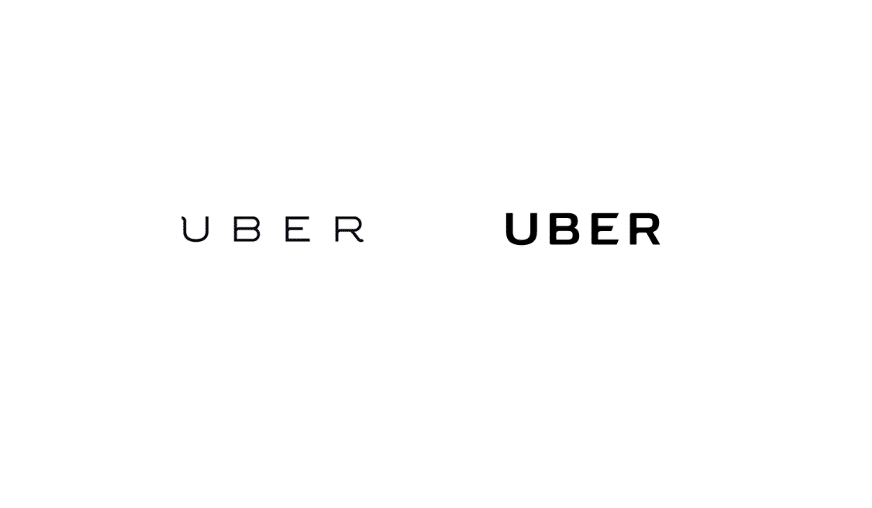 Yet another example of rebranding to a more simple design, GumTree, a website that features job listings, real estate and home and garden products, has rebranded to a design that is minimal in nature and emphasizes their brand name and design, which is of a tree. This helps to reinforce the brand, allowing people to recognize exactly what the illustration is of when they view it. These are all qualities of a successful rebrand, and in order to continue to have success in a company and business, they must constantly change and evolve to stay relevant and successful. 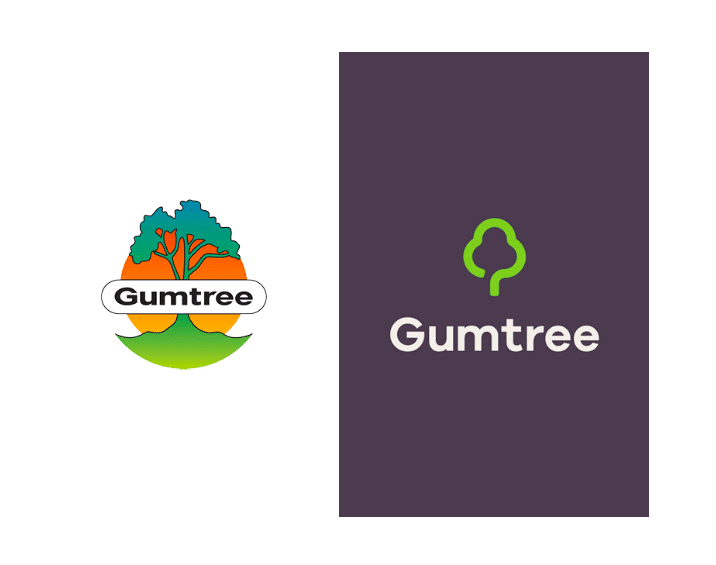