Not too long ago, we’ve stumbled across a design marketplace called Codester. If you’re a web or graphic designer, or even if you are just a webmaster looking for design resources, pre-made scripts, apps or some other design items, you can benefit greatly from buying pre-made resources from a design marketplace like Codester. So what exactly can you get on Codester? 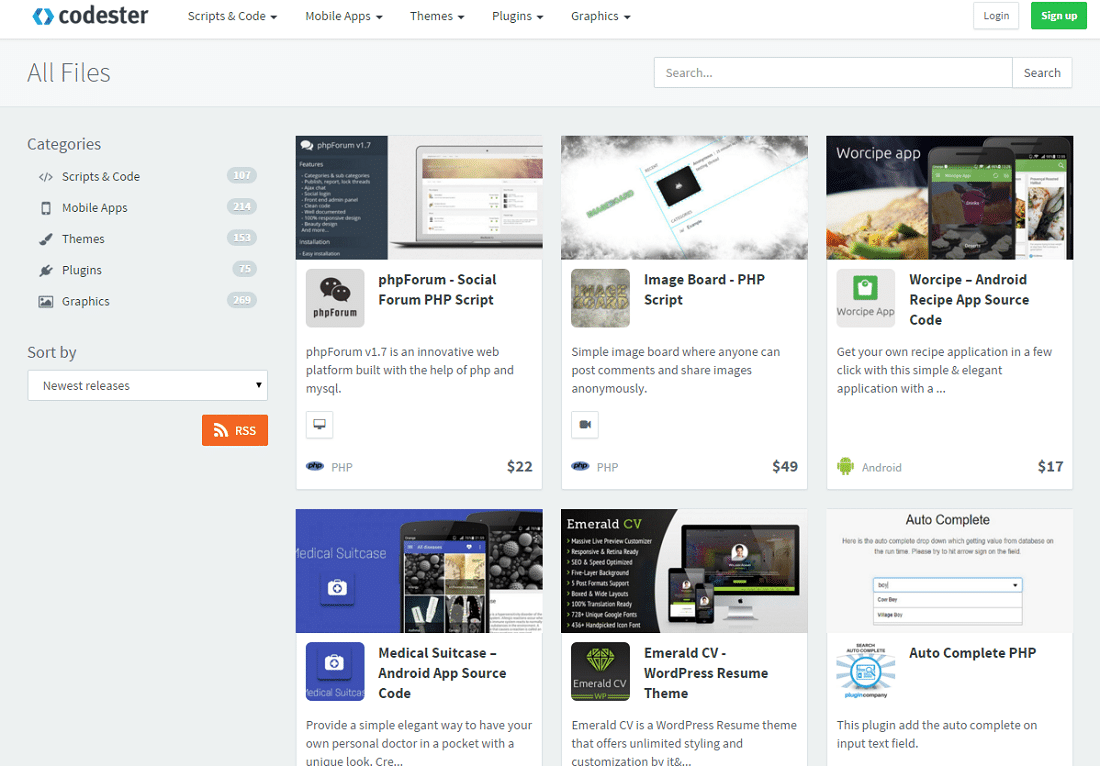 There are a total of 200+ mobile apps (including mobile apps source code) available on Codester. Some of these include Shopera, an Android powered app that pulls products from woocommerce powered websites, a large number of game apps (available for both Android and IOS, as well as some Unity ones) and many more. Some other useful IOS apps included an ad blocker, professional photo editing apps, voice recording apps and more.

Codester has a total of 150+ pre-made themes, a large number of which is either HTML or WordPress, as well as some Magento and PrestaShop themes. Some of them include a WordPress resume theme (perfect for professionals looking to showcase their skills), Fitness and Gym HTML theme, and a number of other premium, responsive themes that are prefect for niche websites and small businesses, both non-eCommerce and eCommerce.

Codester also features a total of 70+ plugins, overwhelming majority of which are for WordPress (30+ WordPress plugins in total) and Magento. Some of them include WordPress messenger plugin, WordPress slider plugin, WordPress backup plugin, Magento product image slideshow plugin, Magento A/B split testing plugin, Search Suggestions Magento extension and many more. Plugins are an excellent way to extend your CMS’s functionality, so it’s something that you should definitely check out and use.

Finally, Codester has a large number of pre-made graphic packs for those of you who are web designers, developers or even webmasters looking for pre-made design goodies. Overwhelmingly, the pre-made graphic packs here have to do with logos, such as logo vectors, but there are also some other design resources such as 2D game characters, IOS App UI. 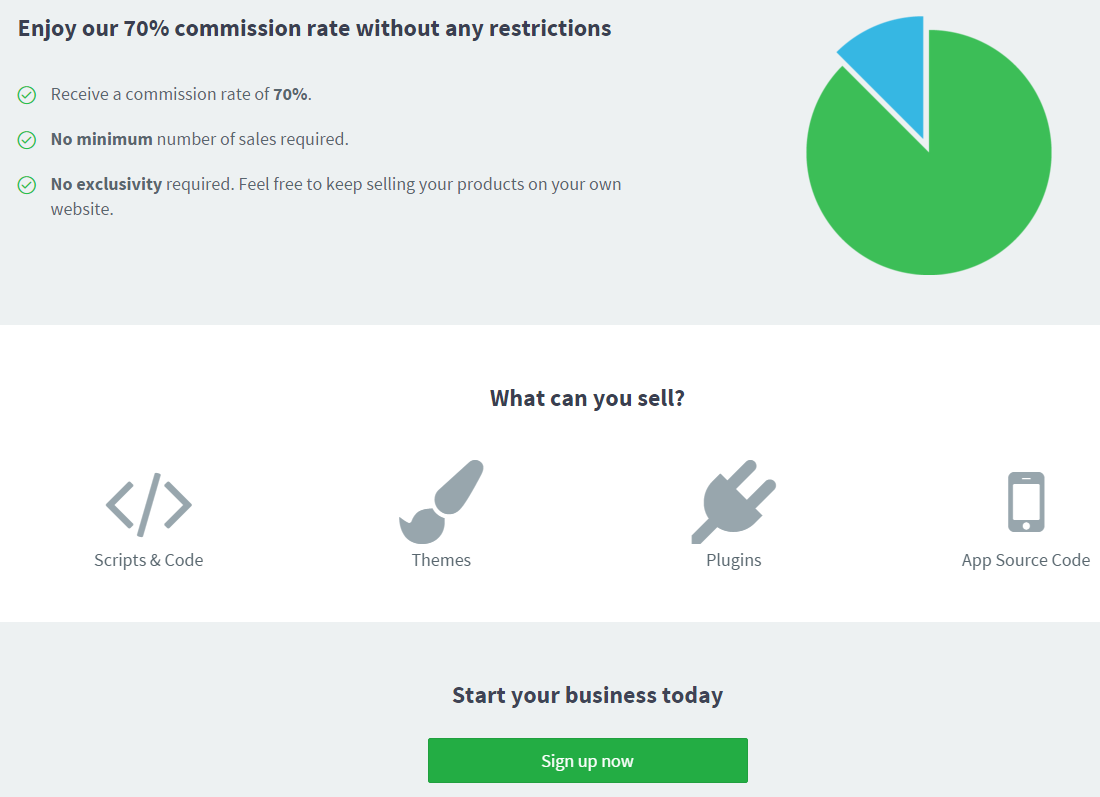 Because Codester is a premium design marketplace, if you are a graphic or web designer and want to sell your work, you can do so on Codester. Selling your work on Codester is quite easy – after you sign up and submit your items, the Codester team reviews them for quality and once they are approved, they appear on Codester. Earnings from sales through Codester are sent to you via PayPal or wire transfer once per month. It should be noted that Codester offers incredibly high commission of 70% – keeping just 30% from each sale. You are also not required to sign any exclusivity contracts, which means you can sell your work on Codester and other marketplaces or even on your own website.