Being labelled as the largest Kickstarter campaign for WordPress, (Click Here To View The Campaign) Czar is an upcoming WordPress theme that is sweeping the WordPress Enthusiasts off their feet. As the team behind Czar affirms that Czar is a revolutionary multi-purpose WordPress Theme, we tried to go in depth the Kickstarter Campaign for Czar to figure out the attributes that can make Czar outperform the existing WordPress themes of today and tomorrow.

Normally, responding to client requests on a Website sent through a Contact Form is quite challenging a task as there is always a fear of losing out on important emails sent by the customers, as these emails often get lost among the unreasonable number of emails received each day. But Czar has made a great effort in providing an inbuilt Customer Support Desk, which they call Zootash. Zootash helps in providing customer support and comes absolutely free of charge with Czar. Zootash might not emerge as mature a solution as other Customer Support software out there, but it has all of the featured you need to provide support. Since this support desk comes as a free offering with Czar, it might attract a lot of small and medium sized businesses to use it. 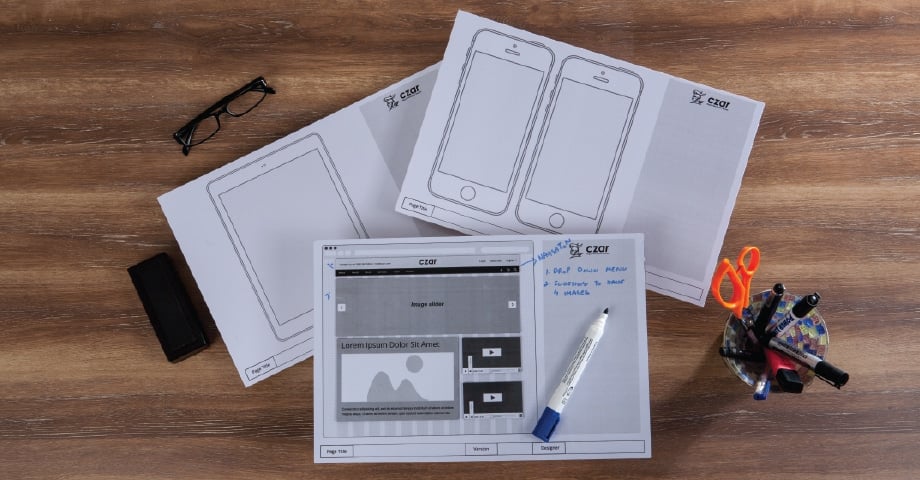 None of the available WordPress themes have taken the initiative to make the theme a part of the designing and development process the same way Czar has done it. Czar introduces the concept of “Czar In A Box”, a package that comprises of essential goodies for Web Designers and Web Developers to unleash the full potential of Czar. It has Magic Elements accompanying Design Boards to help Designers build wireframes in real-time and make demonstration to the customers as simple as possible. Apart from this, Czar has created a library of UI elements for the designers from which the designers can choose the best UI elements for their designs.

No Additional Investment In Plugins To Get Extended Functionalities

Most of the WordPress themes demand major additional investment into plugins to give extensive functionalities that meet the requirements of the end user. But Czar, unlike the other WordPress themes out there, offers 9 Exclusive Plugins that are crafted in such a way that they work seamlessly with it, absolutely free of charge. The choice of Plugins is unique as these have been chosen considering the common challenges the end user faces. To illustrate, conditional pop-up is one such functionality that is offered by Czar. Using this plugin the administrator is able to trigger pop-ups based on various conditions that can be setup using various options available in the plugin itself, enticing the user to take action when needed.

Usually, theme buyers have to select a Theme based on the design of the theme as many themes adopt a composition based approach towards design, where they try to sell a composition. But Czar adopts a different approach towards design as it relies on various elements that are a part of the theme and aims to build various compositions based on these elements. This approach of relying on these Modular Building Blocks, which are more than 70 in number, gives birth to infinite possibilities. Though many other WordPress themes follow a similar approach, Czar’s approach is much better.

Czar is a supreme WordPress theme that is running a Kickstarter campaign to build a theme that would bring about a revolution. Considering the affordability and the functionality that it offers , Czar has all it needs to make it the King of all WordPress themes. But how far it would change the way the web developers and business owners have been working with WordPress themes earlier is something that time would tell.