We’re sure you’ve seen at least once this kind of images in movies, photographic art or documentaries. It’s mind-bending and pretty remarkable and yet, so simple. It’s the Droste effect. This is how it’s called when you see a specific type of recursive picture. More accurate, the Droste effect depicts a smaller version of the image within itself in a recursive manner.

In the next article, we’re going to present a list of the most 25 mind-boggling Droste effect examples.

Since the Middle Ages, this effect has been used to some extent in works of art, such as in Giotto di Bondone’s Triptych of Stefaneschi in 1320, in some medieval books where the covers were presented recursively or on the stained glass of some churches which presented miniature copies of the same stained glass.

But where did the term “Droste effect” came from? Although this effect was used for hundreds of years, the exact “Droste” term was given after the publishing of an interesting image as a box cover of a cocoa powder product. In Holland, around the year 1900 there was this brand of cocoa powder with the name Droste. The cover of the package depicted a nurse carrying a serving tray on which was a cup of hot chocolate and a box of Droste cocoa powder which, of course, contained the same image with the nurse serving a cup of chocolate and presenting a box of Droste and so on. Basically, the effect was that the main image was illustrating a smaller version of itself infinitely.

This rapidly became a household notion and trademark and was largely renowned for decades.

Bellow, you can see the Droste cocoa powder box that was advertised which is also the first Droste Effect in the list of 25 that we’re going to show you. 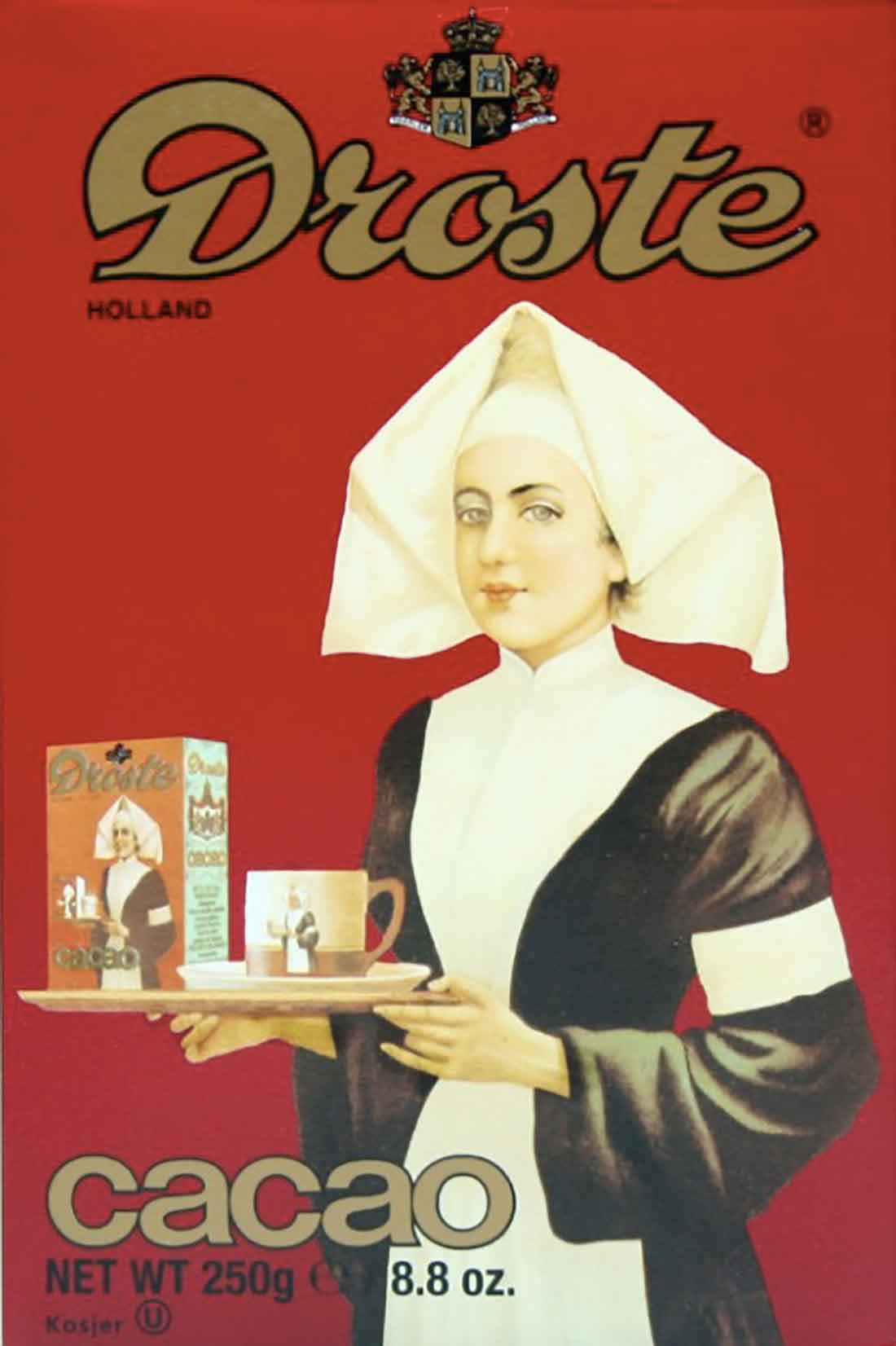 If you’re into science stuff or just curious and want to experiment a little and produce a Droste effect in your own home all you have to do is just place two mirrors in front of both and that’s it. The image repeats itself infinitely. Another interesting example would be to use a video camera and shoot one’s own TV while viewing the output of the video camera on the same TV. The process is so simple and yet so complex. Basically, the images continue deeper into the picture infinitely, but it really only goes as far as the image resolution will allow while still being visible, but it still has the feeling of being never-ending. This is related actually to the limits of the human eye and the nowadays technologies because if you zoom in and magnify an image with a very high resolution you can see the effect going much deeper in repeating itself.

Speaking of the new digital era, the Droste effect is much more spectacular now that when it first popped up on that cocoa box. But until we present some newer examples let’s see what can an artist do with the Droste effect. Have you ever heard about the Escher puzzle? That belongs to the famous Dutch graphic artist, M.C. Escher, who made mathematically inspired woodcuts, lithographs, and mezzotints. The work bellow belongs to him and was produced in the 1950’s. His work presents mathematical objects and operations which depict impossible explorations of perspective and infinity, some related to the Droste effect. 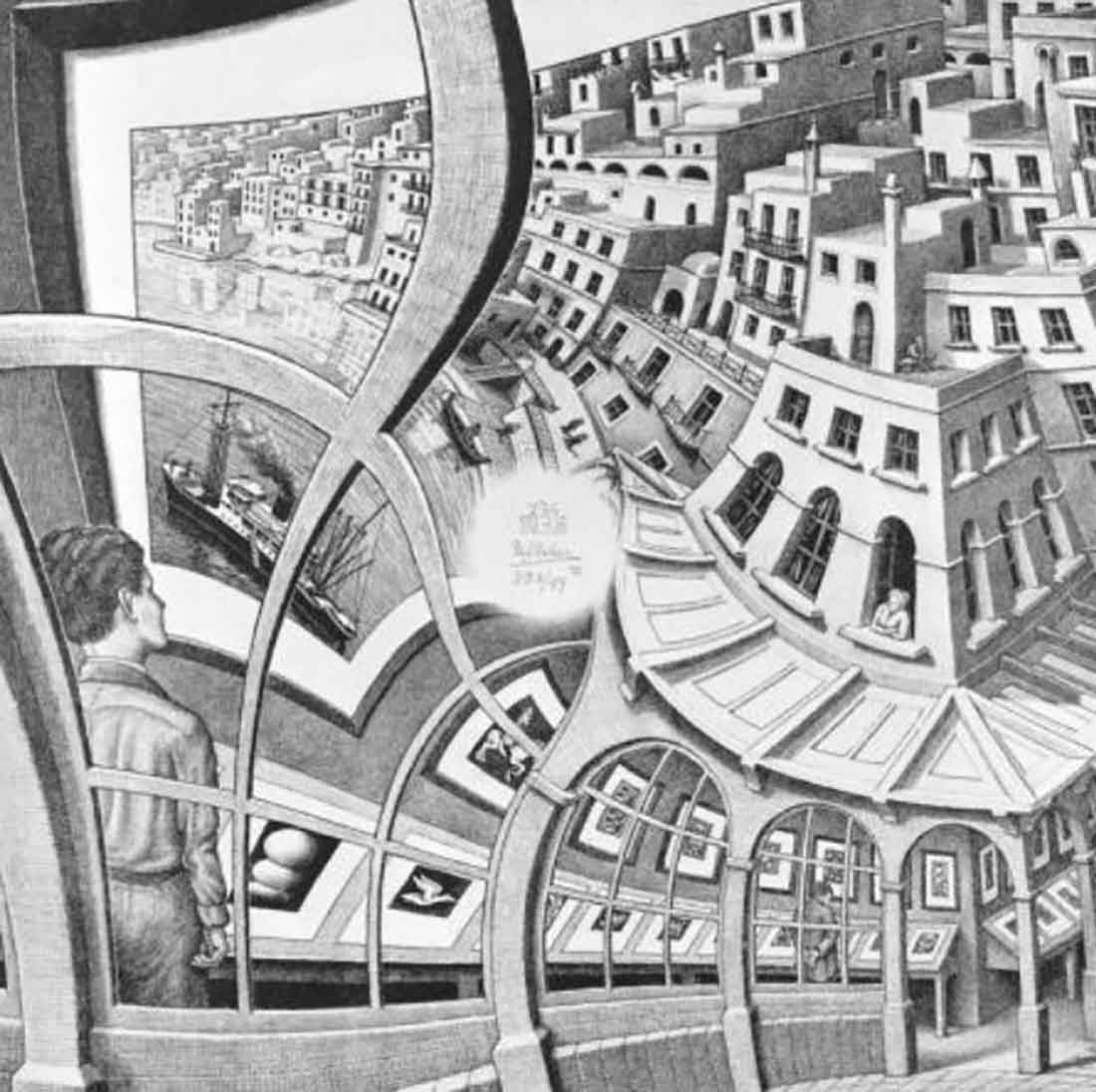 This specific work of his presents a twisted way of the Droste Effect as the image above shows a never-ending loop of the same image, mapped into a spiral.

The Droste effect is a theme also found in Russell Hoban’s children’s stories, such as “The Mouse and His Child,” in which it is presented in the form of a dog food box label containing a picture of another box of the same kind.

The Droste effect was also used in several marketing materials all over the world. For example, it was used in Land O’Lakes butter packs. The image presented was of an American woman holding a pack of butter with its image on the packaging.

Another example is of the cover of Pink Floyd’s Ummagumma album in 1969 which depicts a member of the orchestra sitting on the wall with an image of another member of the band. This is repeated for all four members, the last picture being the cover of A Saucerful of Secrets.

The Droste effect was used for centuries and it can be applied to any area or activity field such as movies, art, photography and graphic design.

And remember, don’t try and concentrate too hard on a Droste image as it can be continued indefinitely only theoretically because in practice it is limited by the current image printing techniques, as each iteration reduces the dimensions of the original image.

Let’s check out some of the mind-boggling Droste effect examples that we’re sure you’ll remember for a long time! 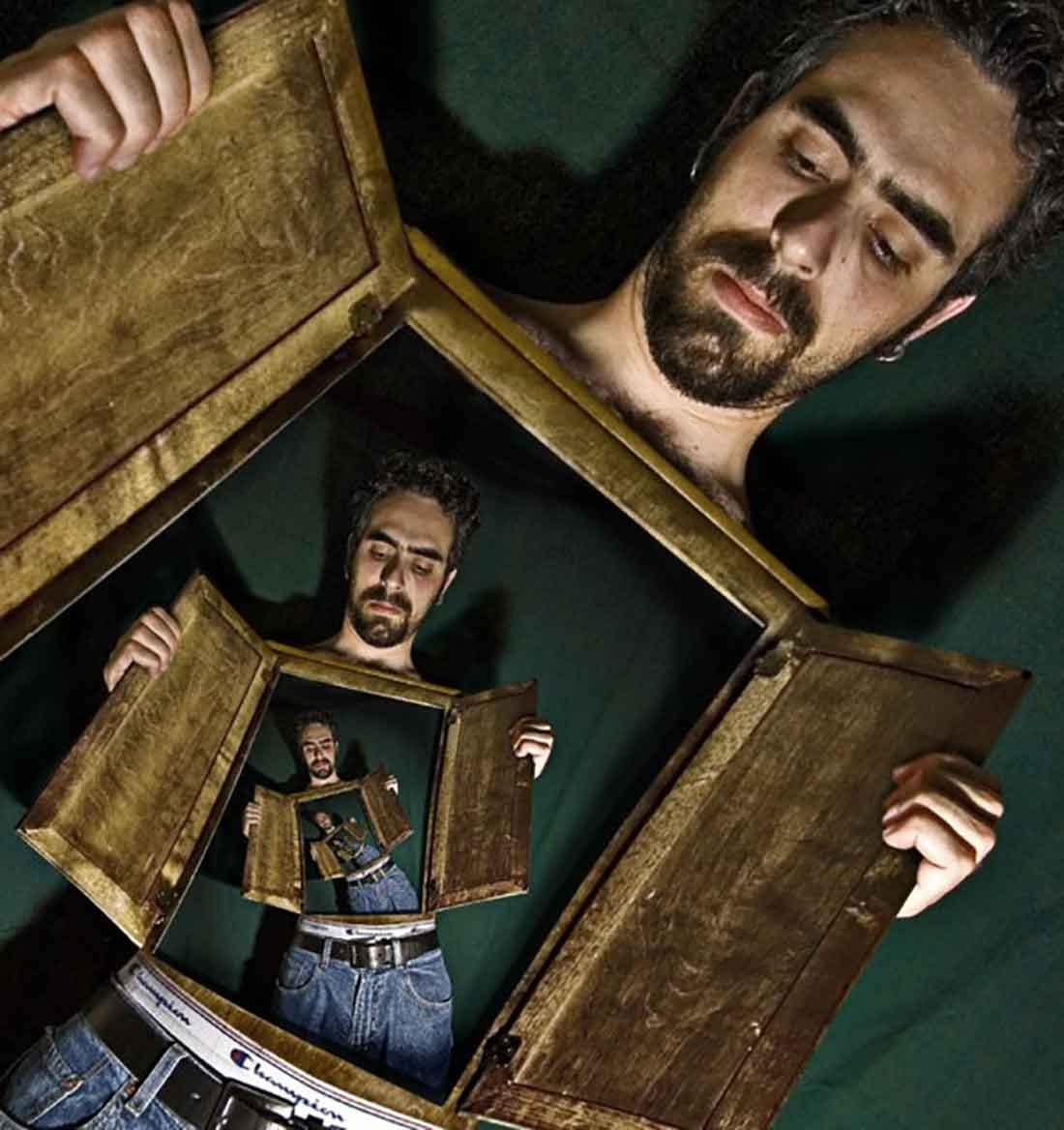 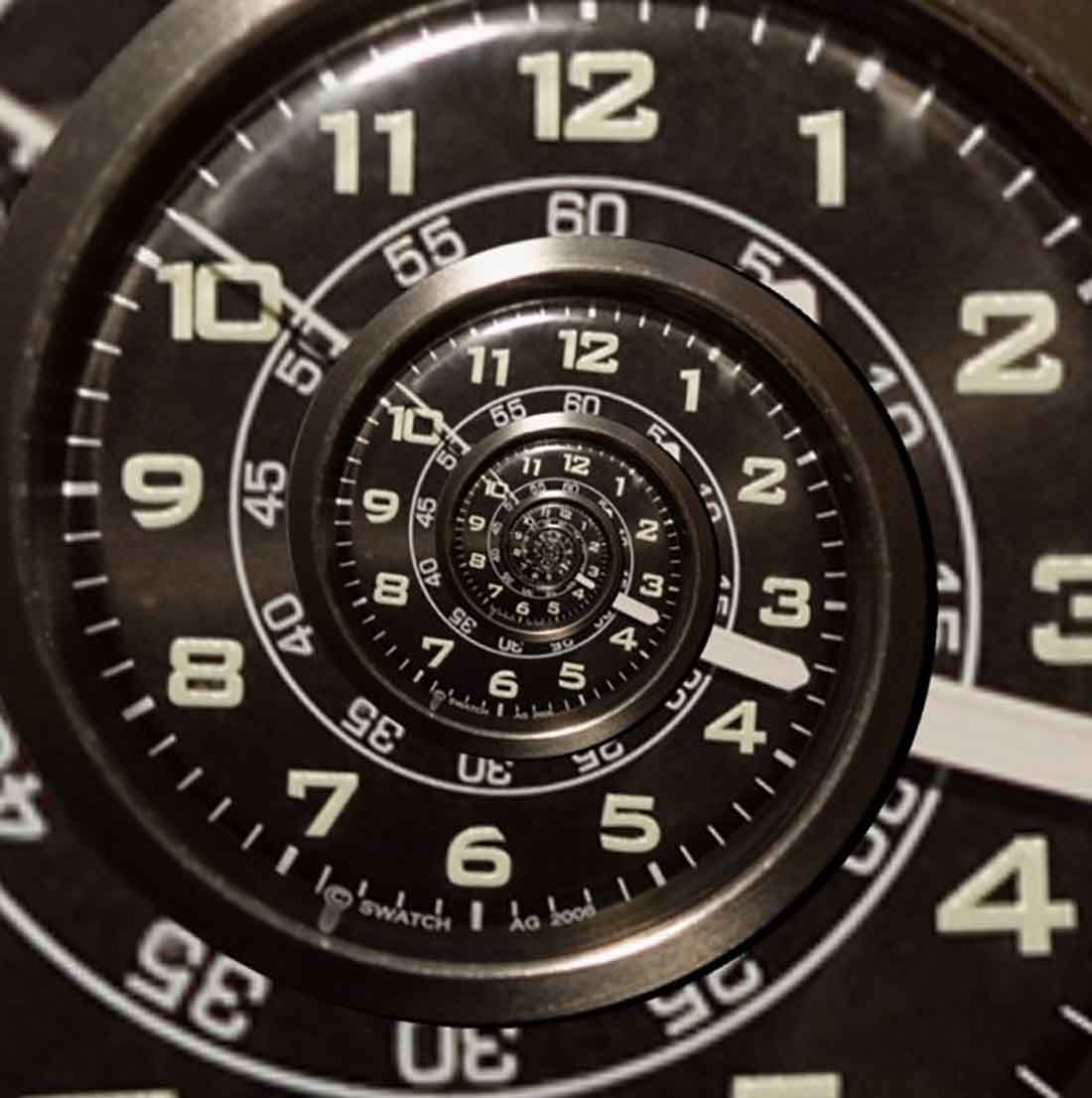 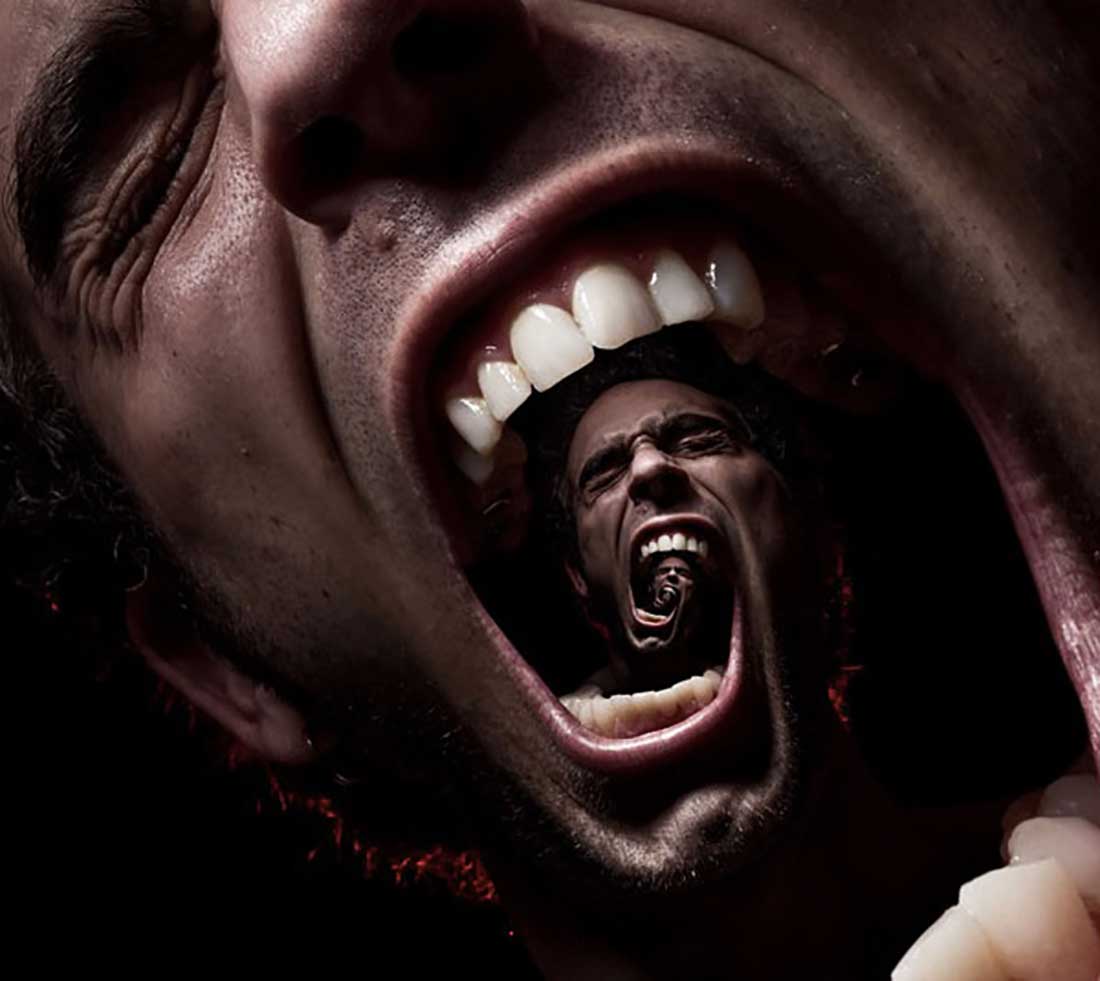 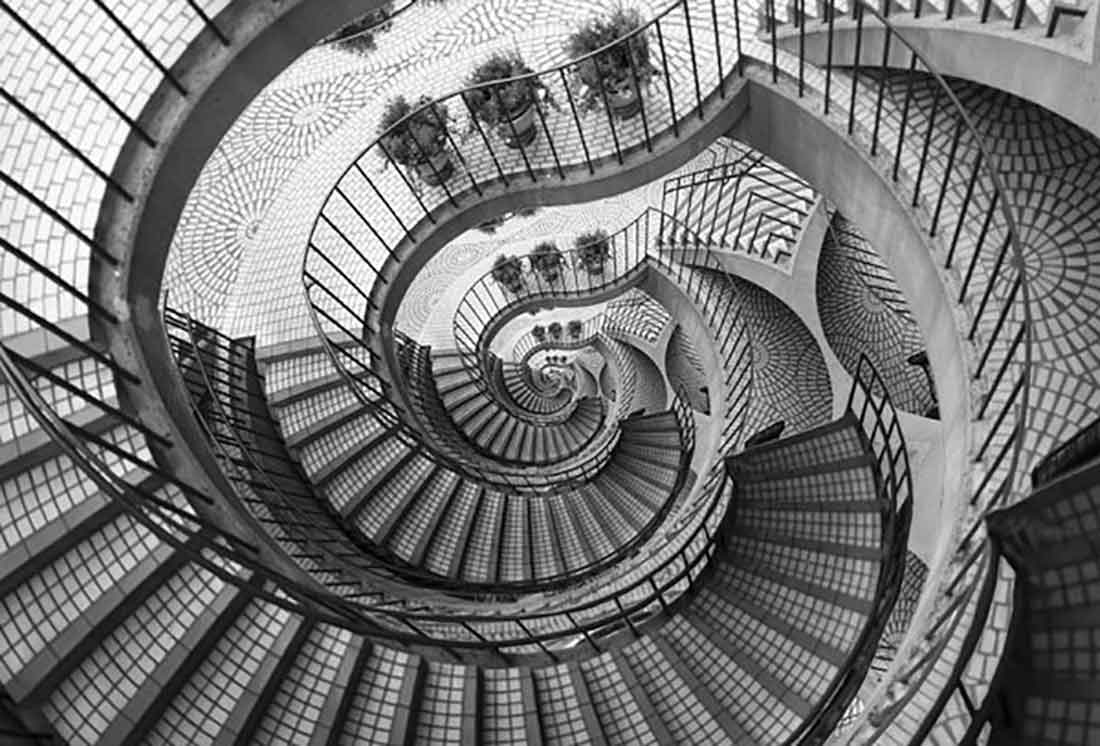 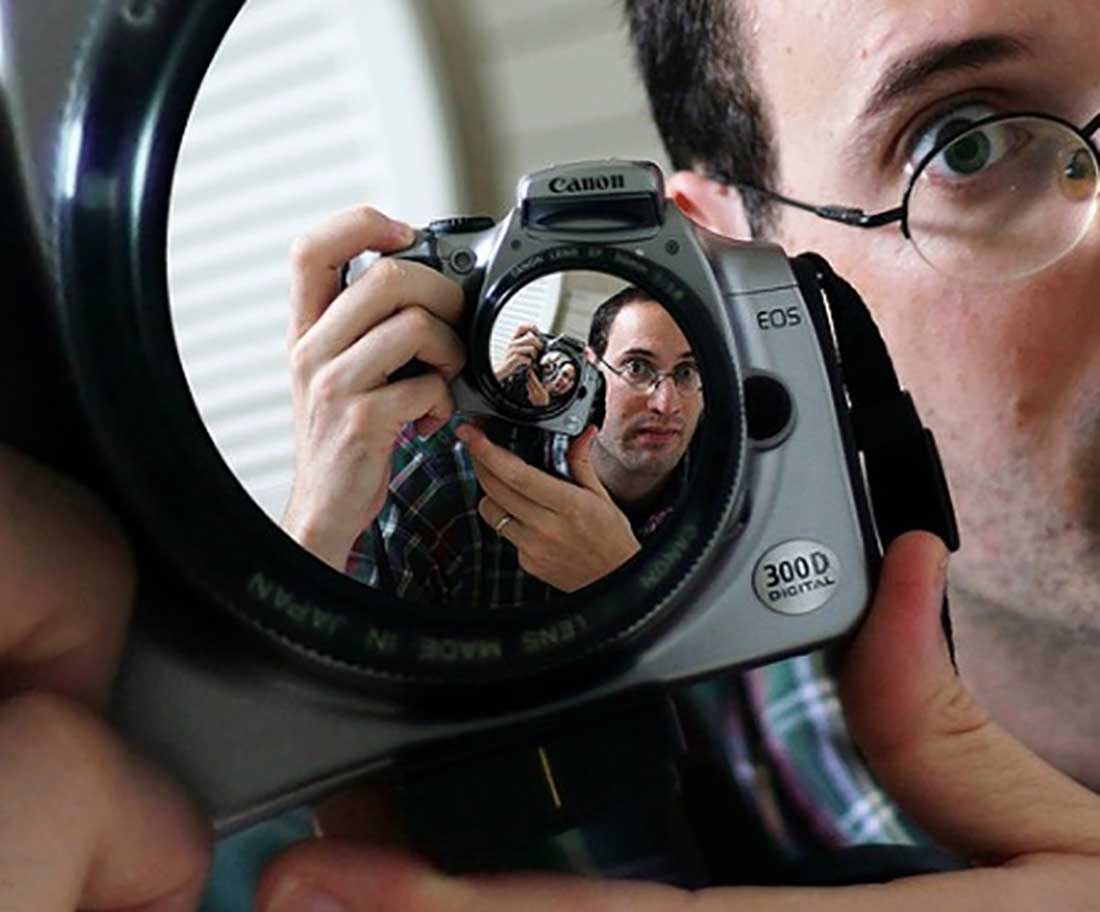 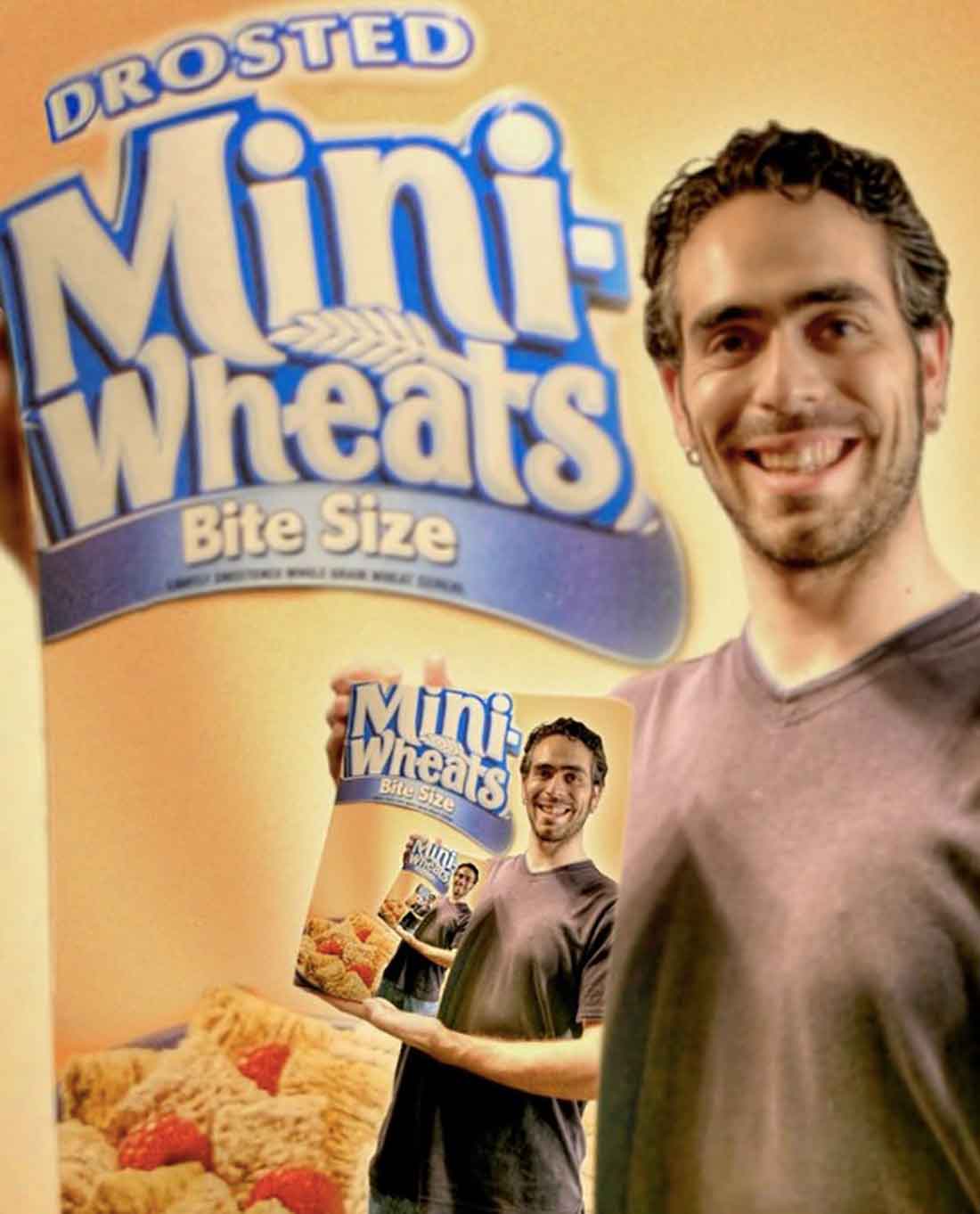 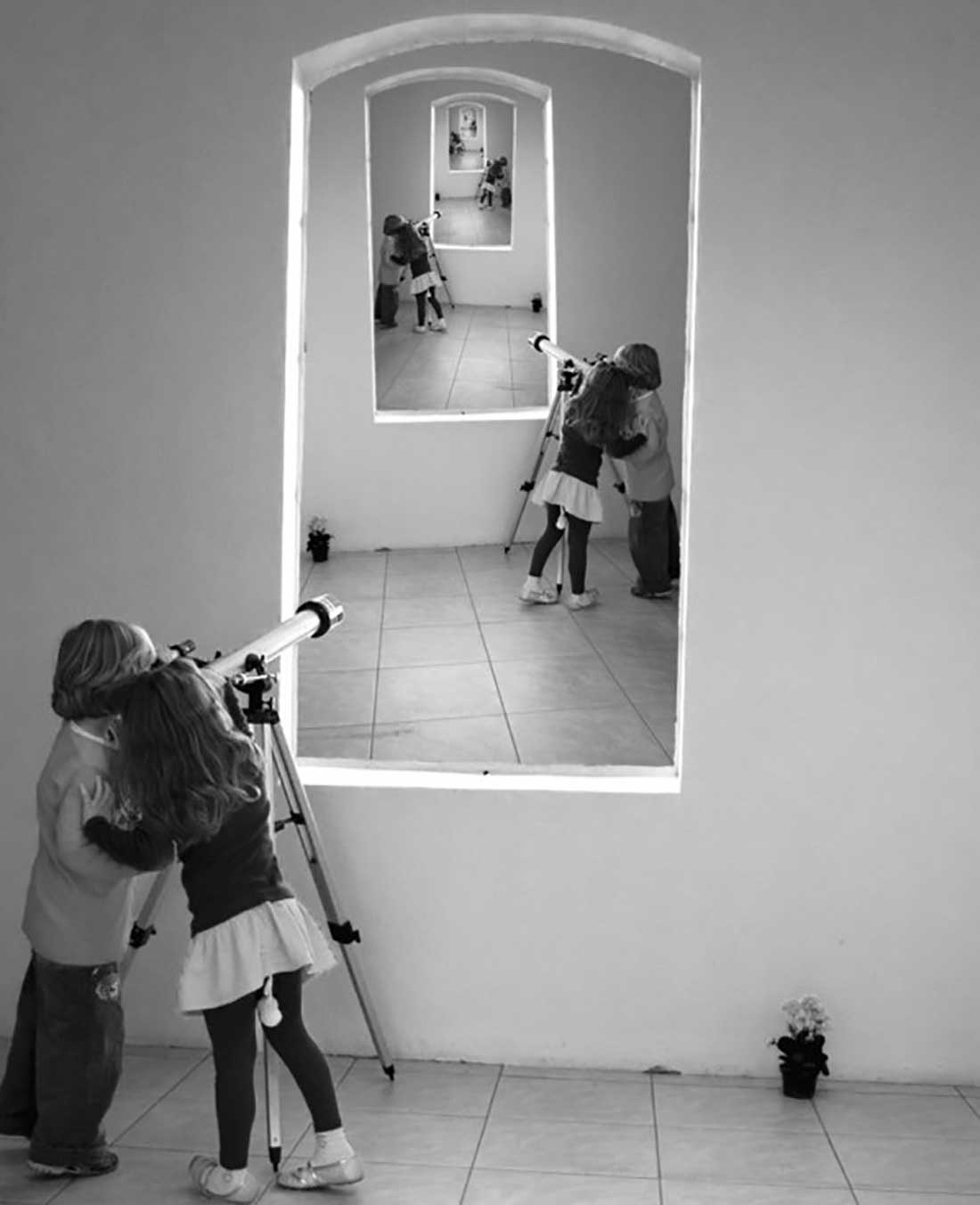 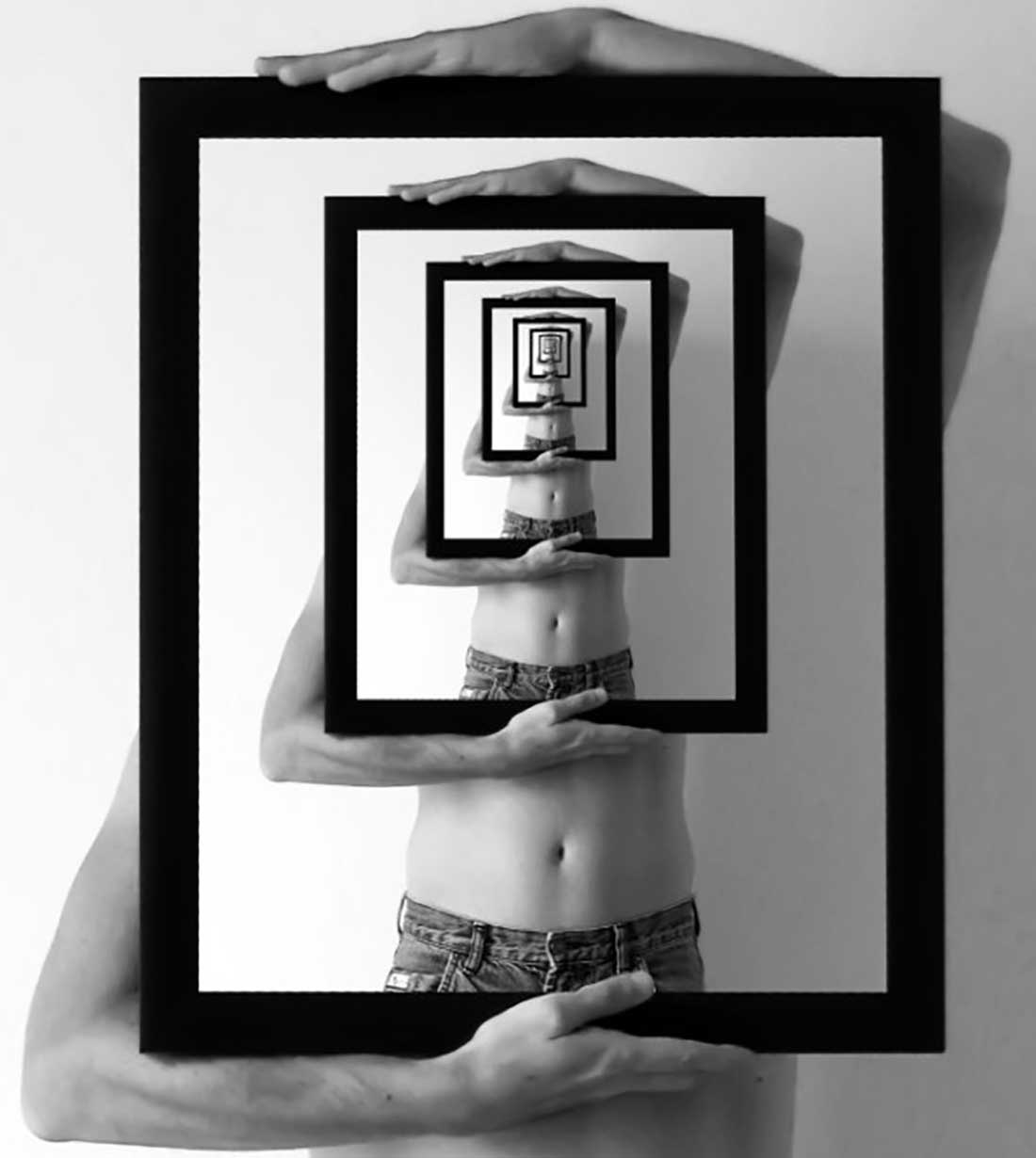 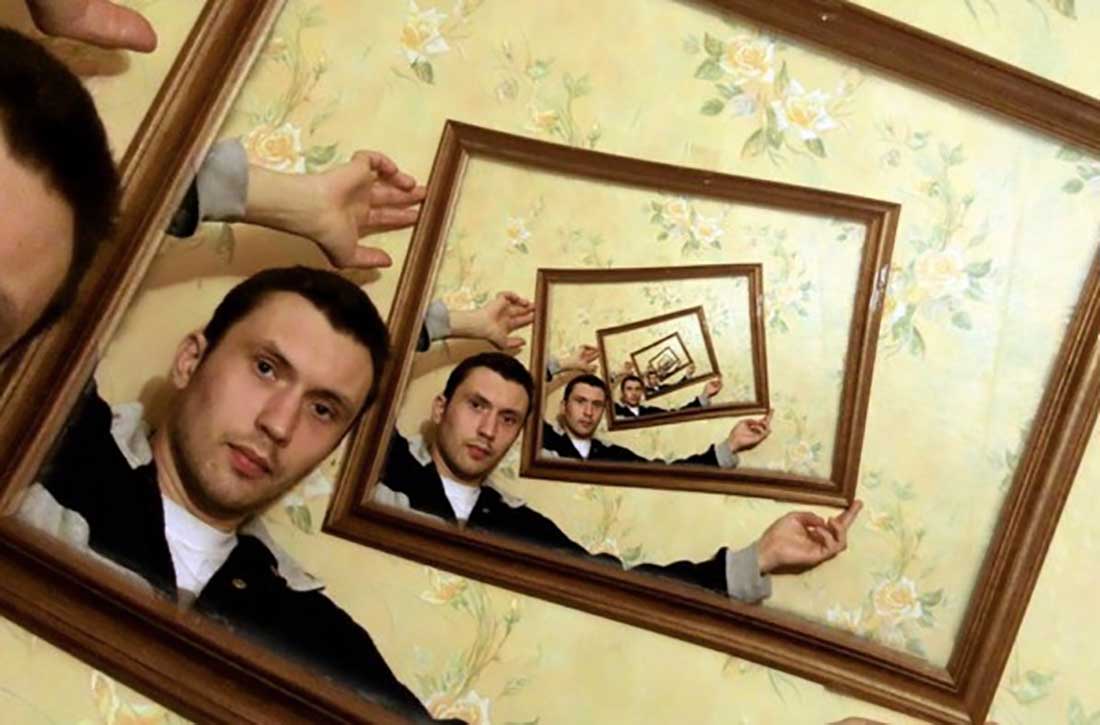 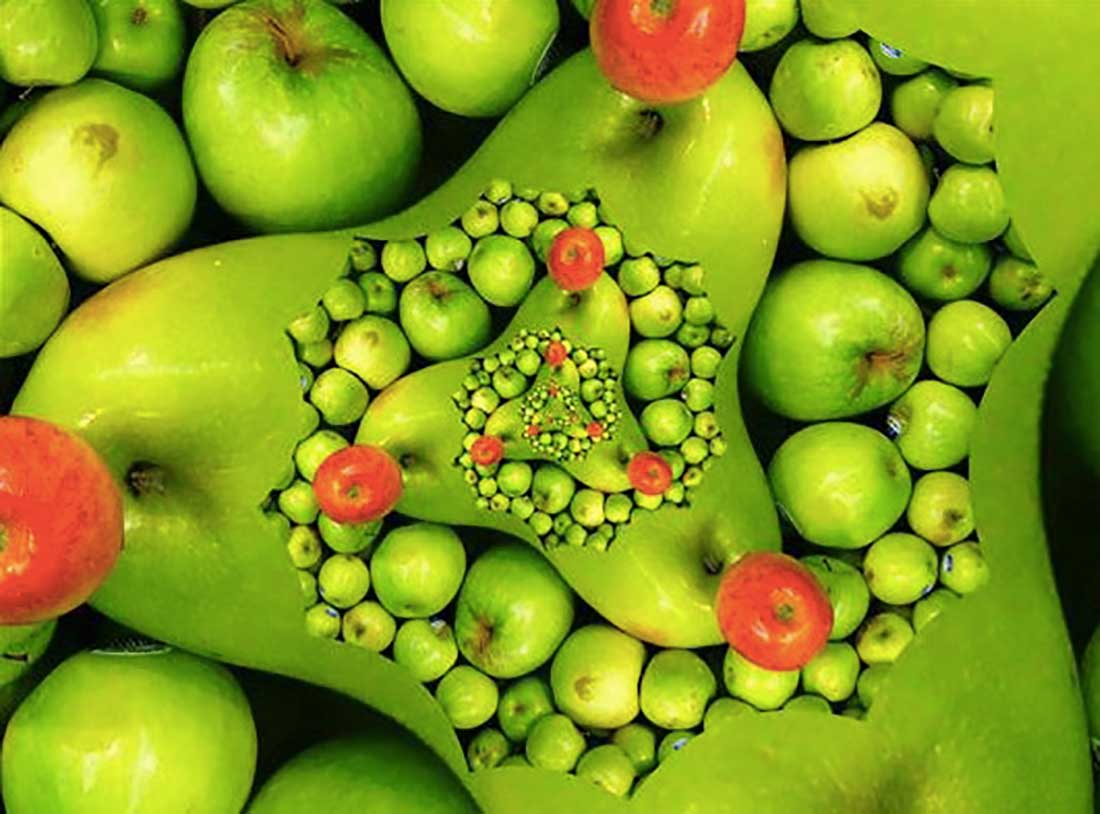 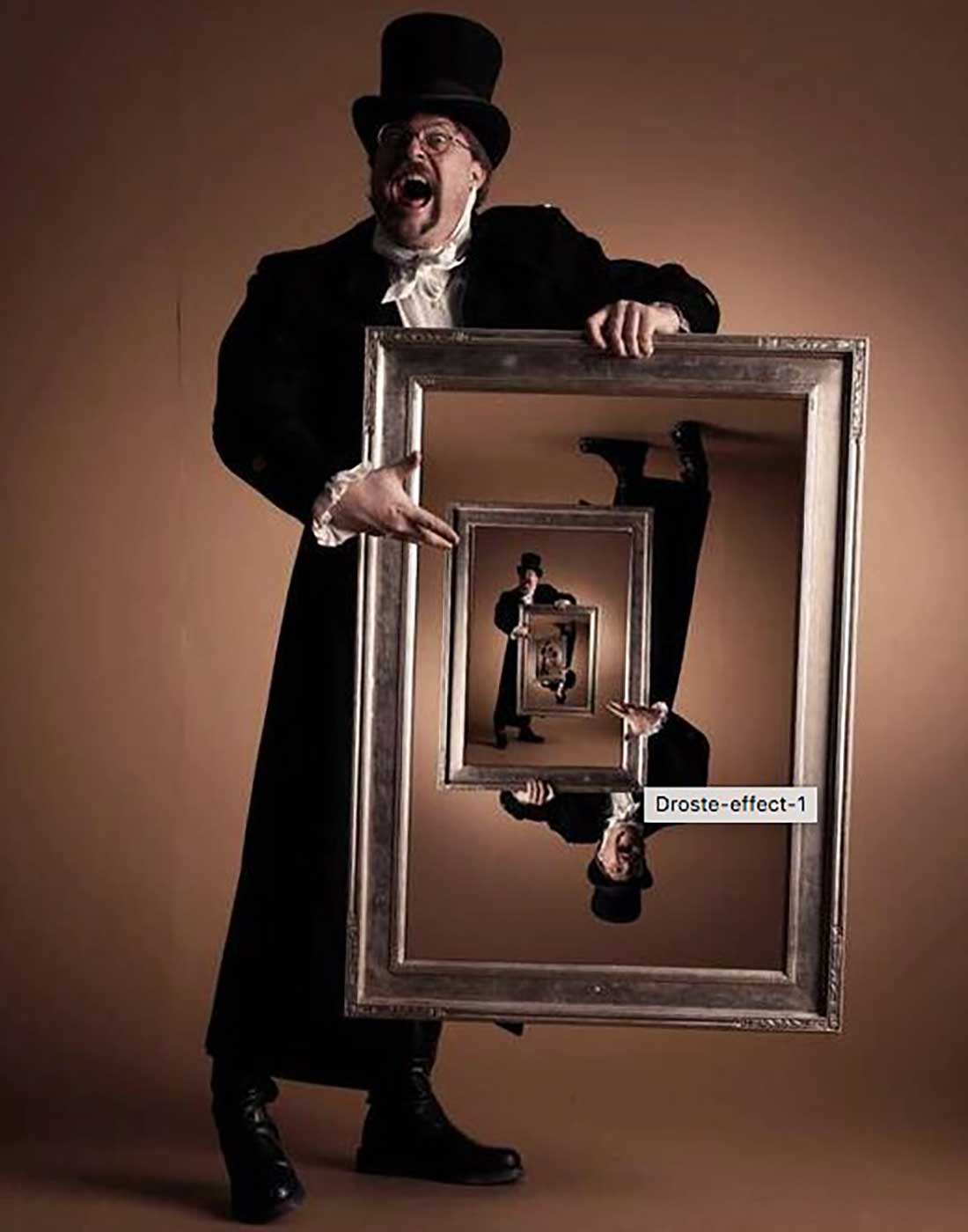 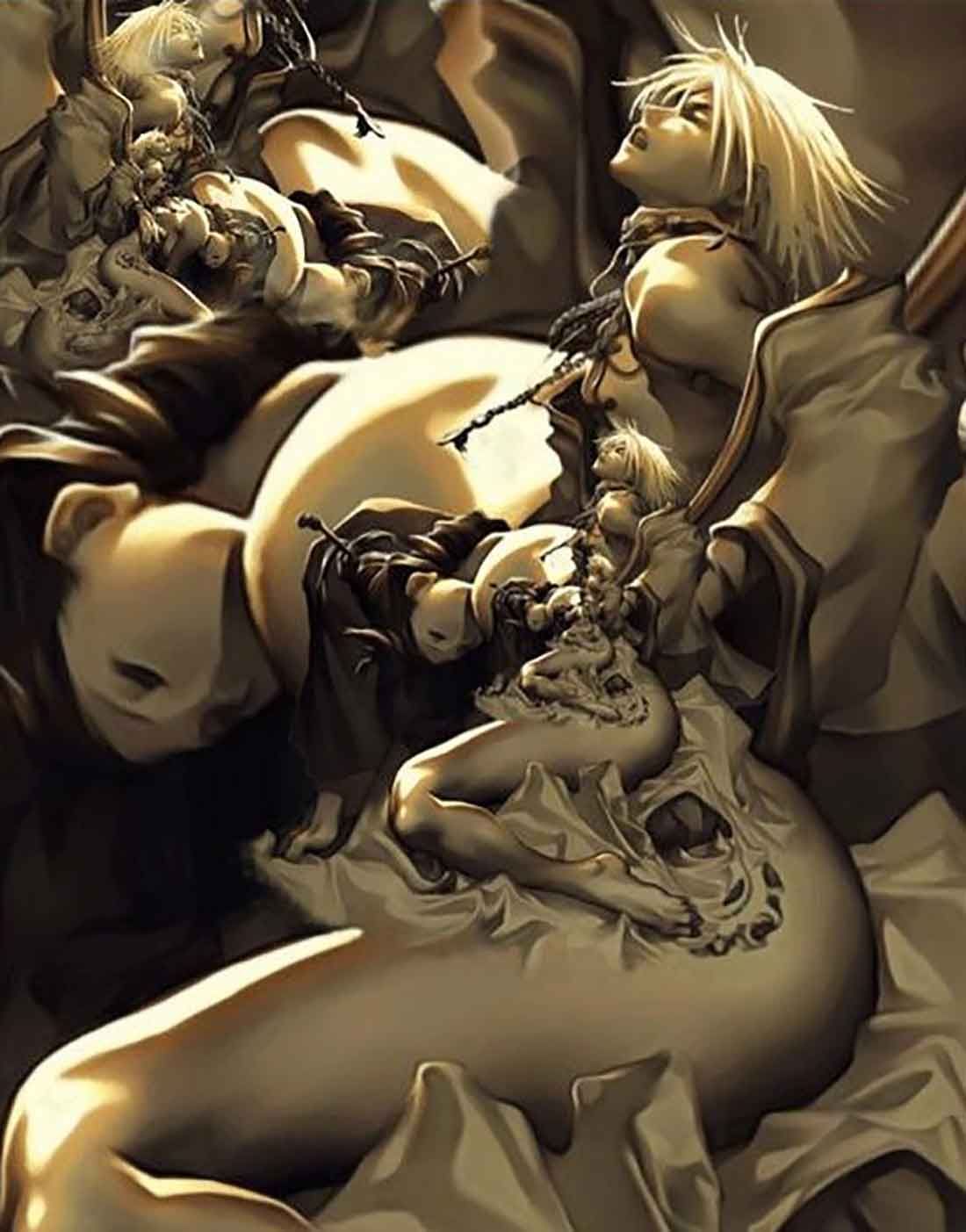 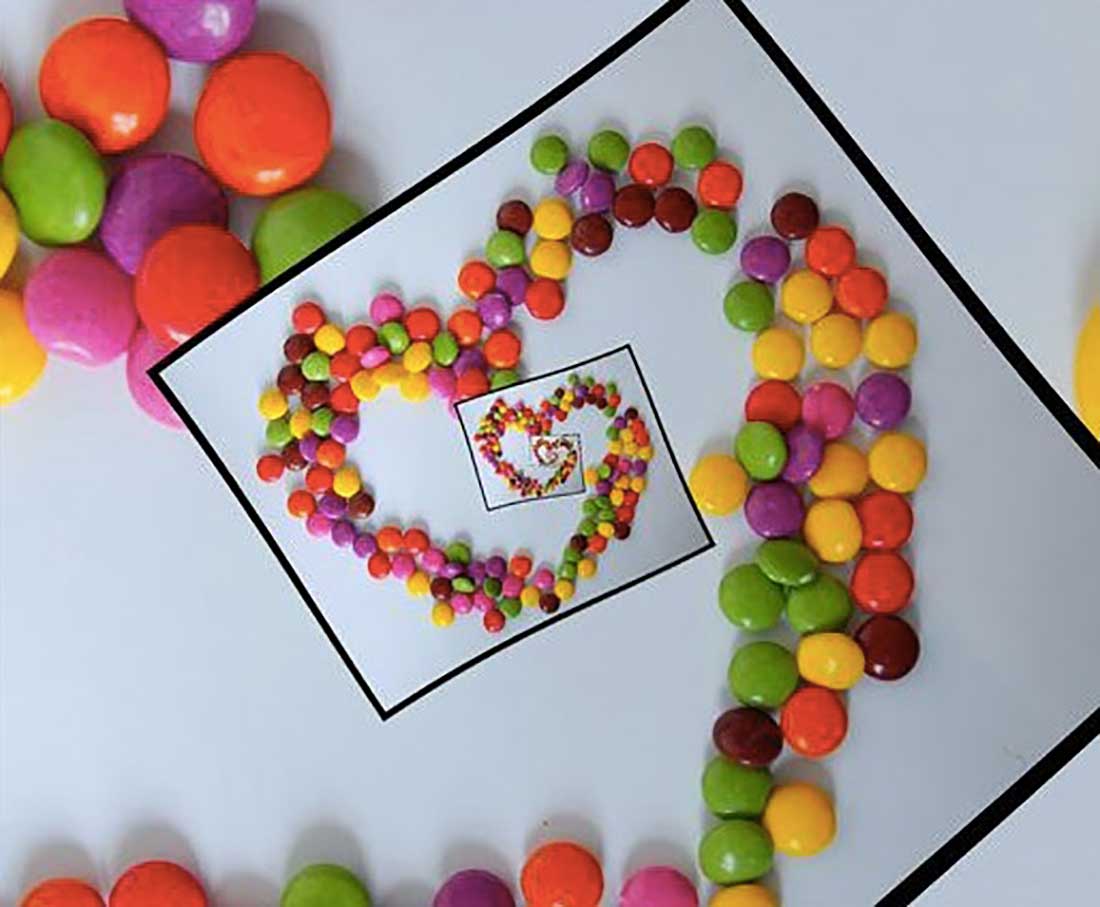 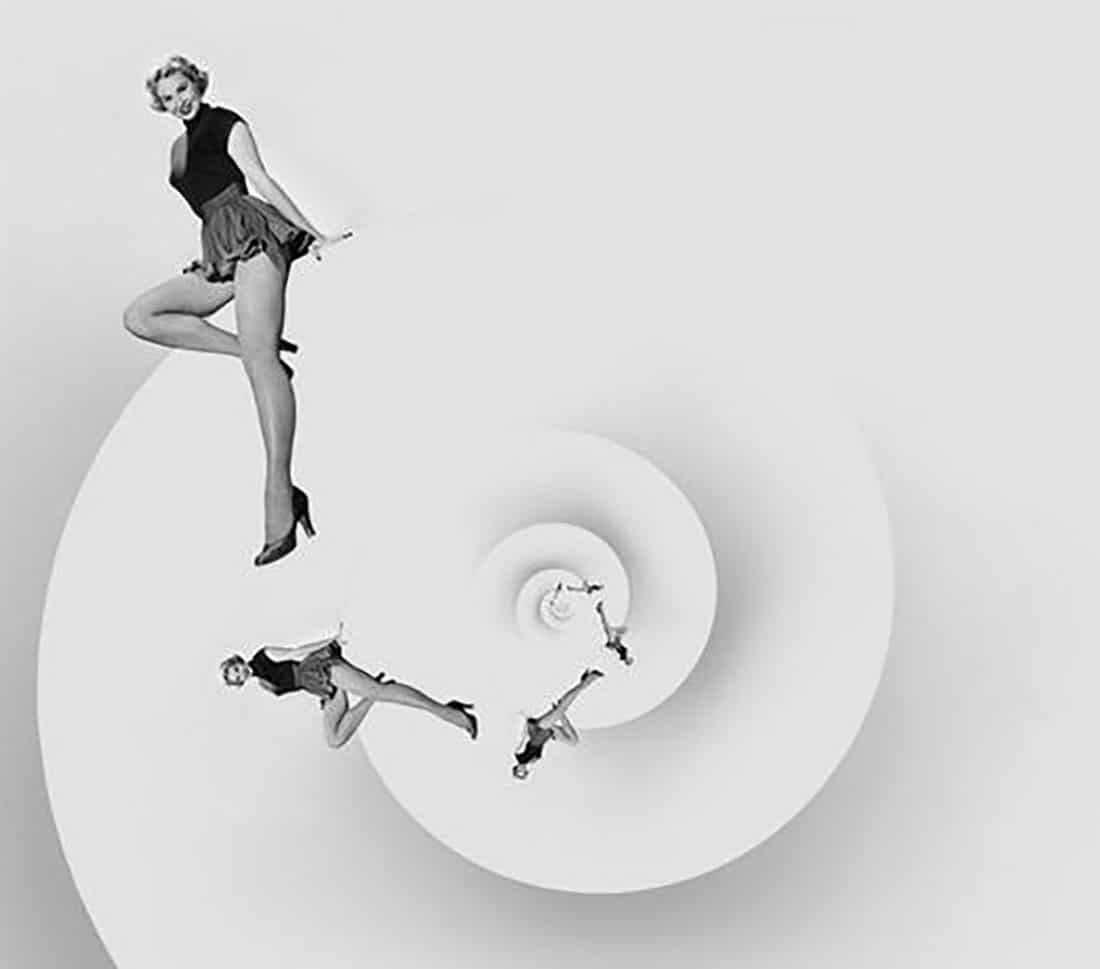 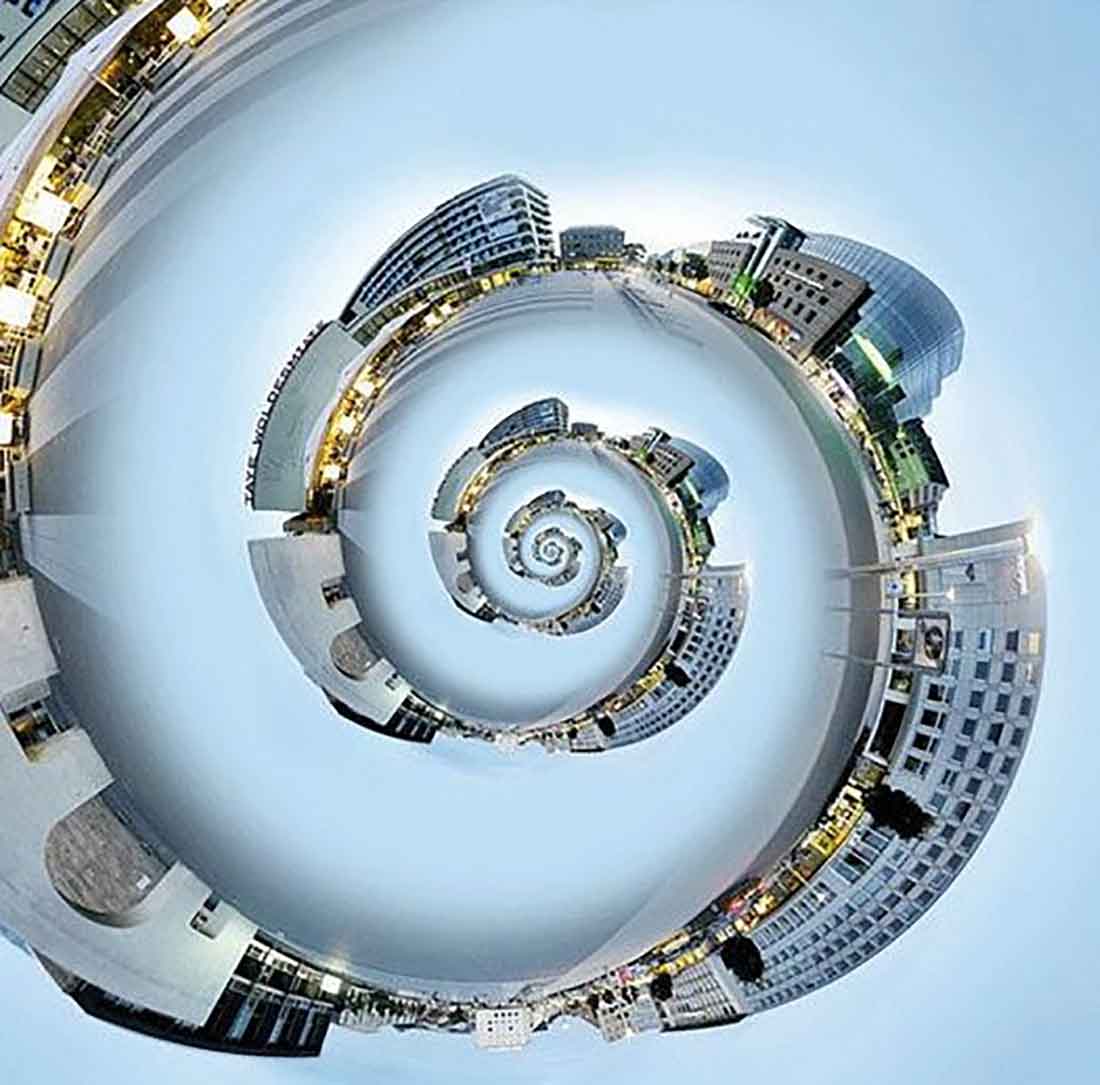 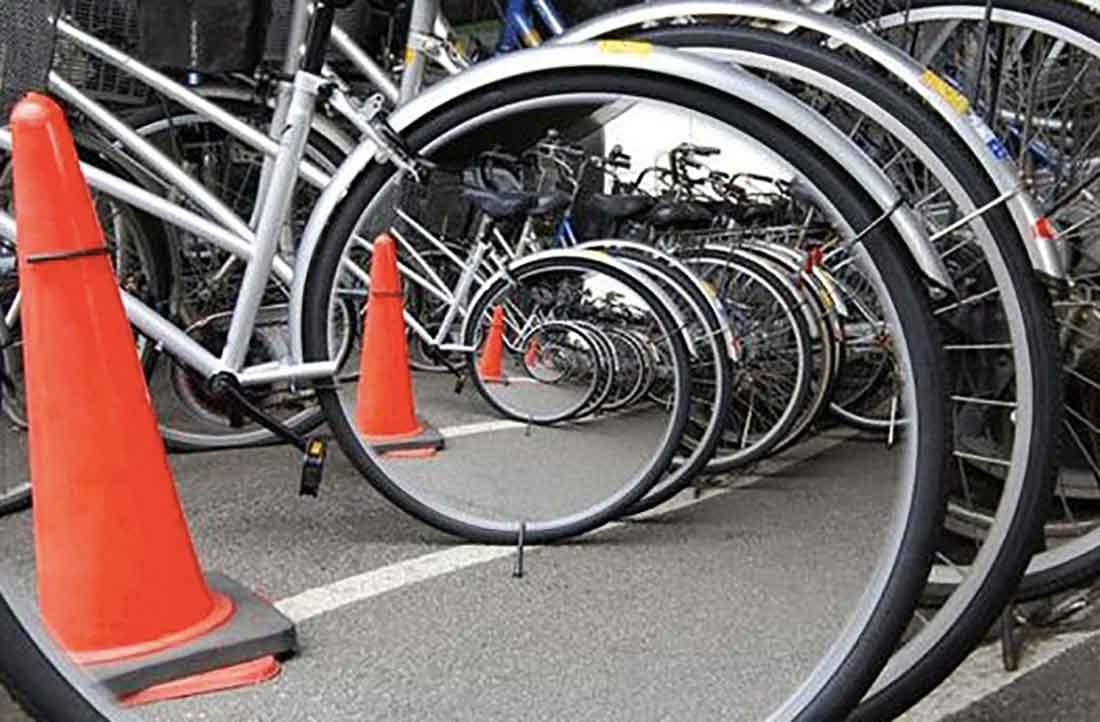 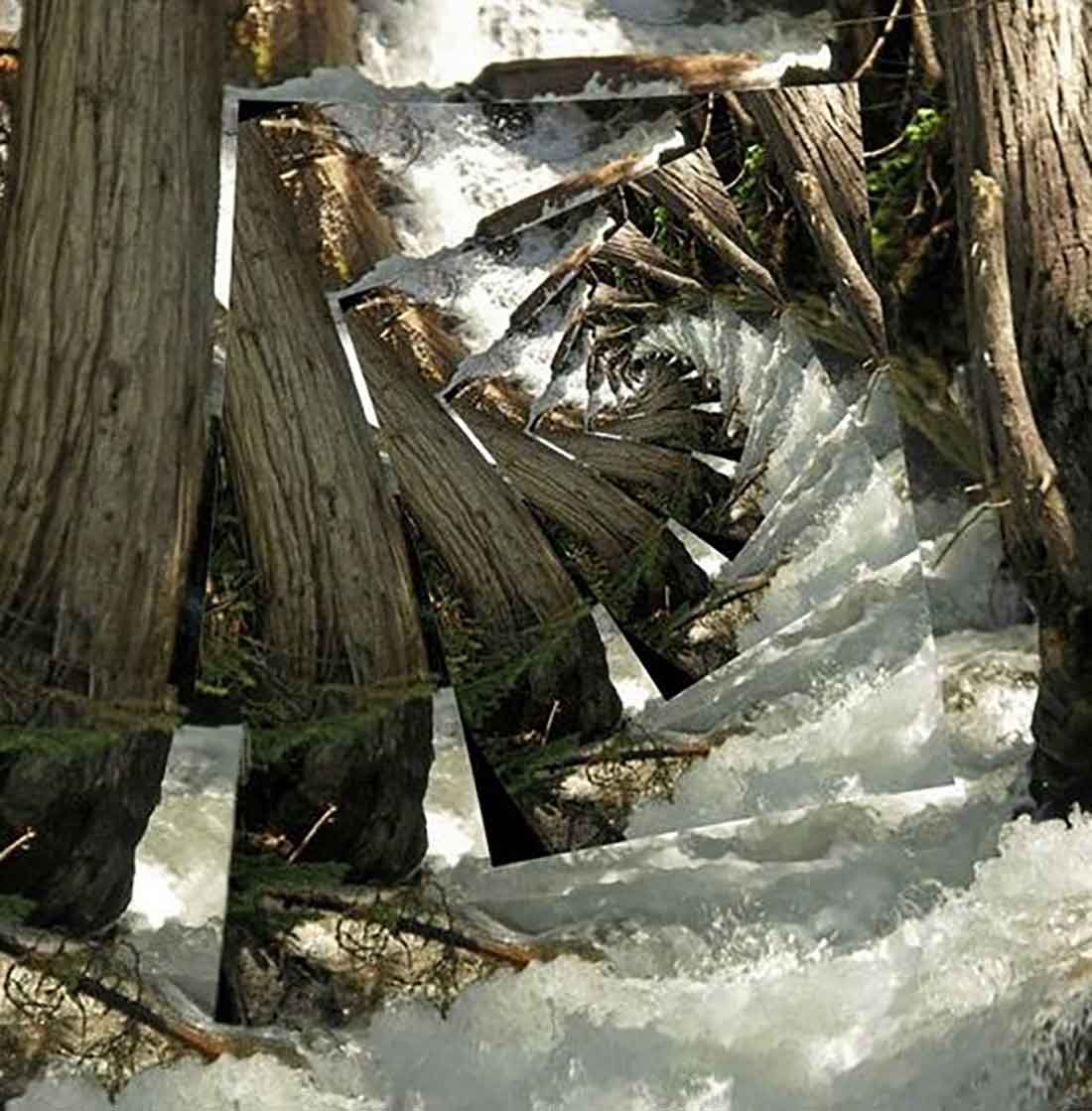 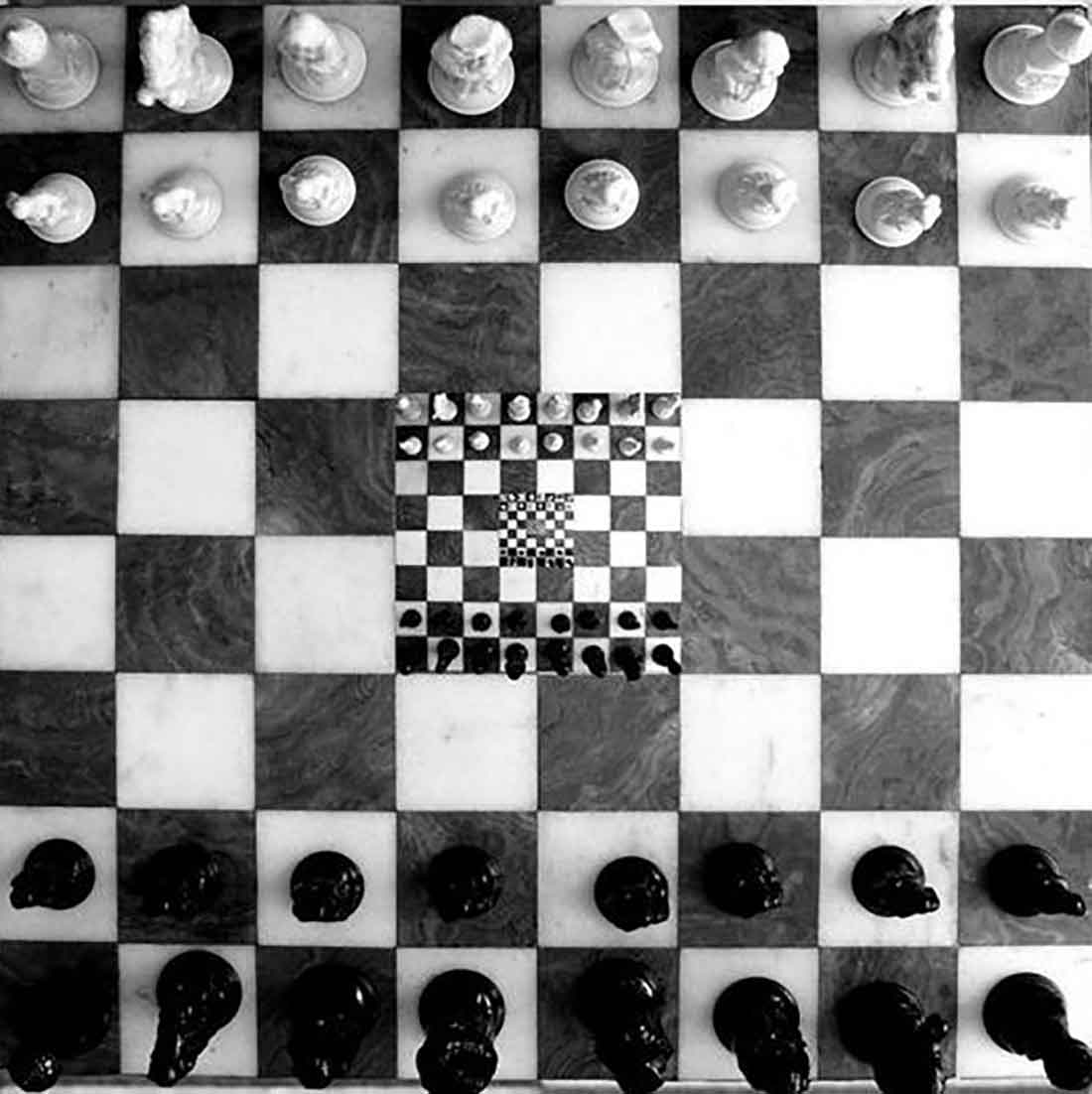 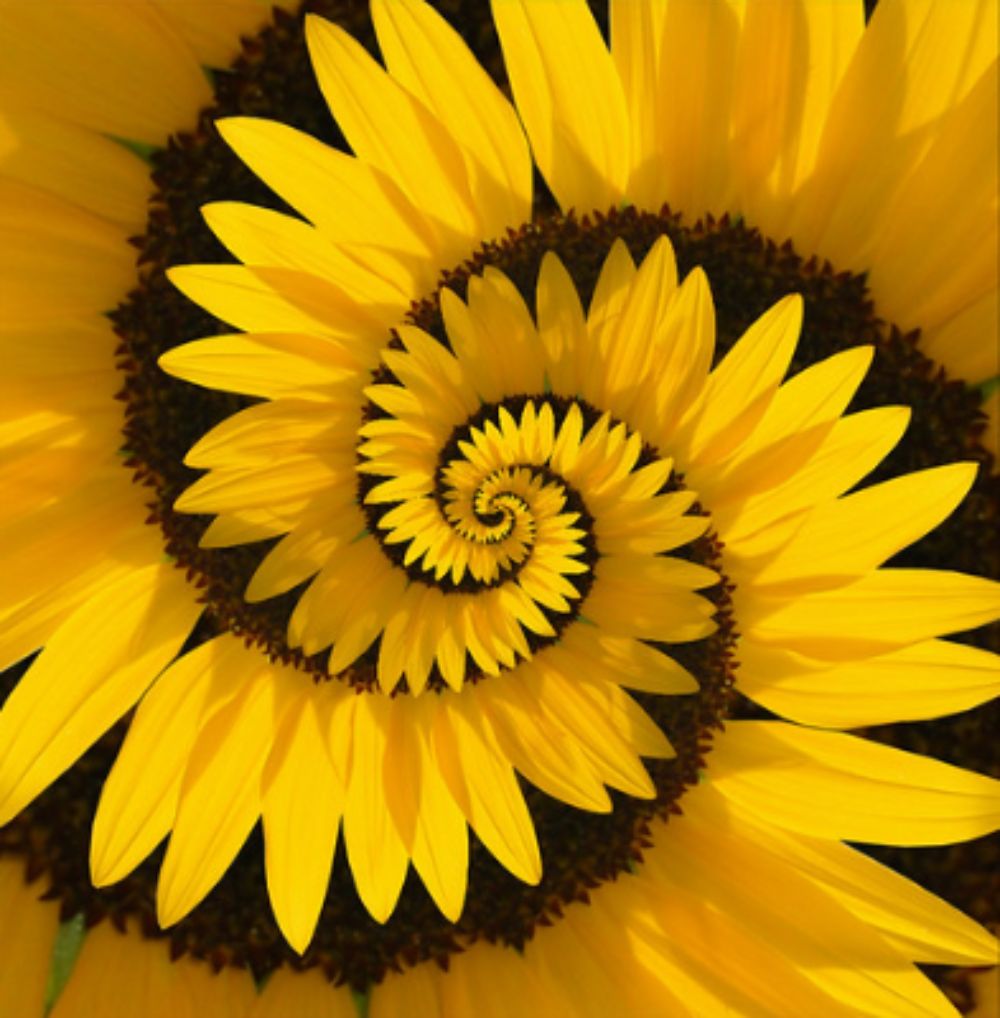 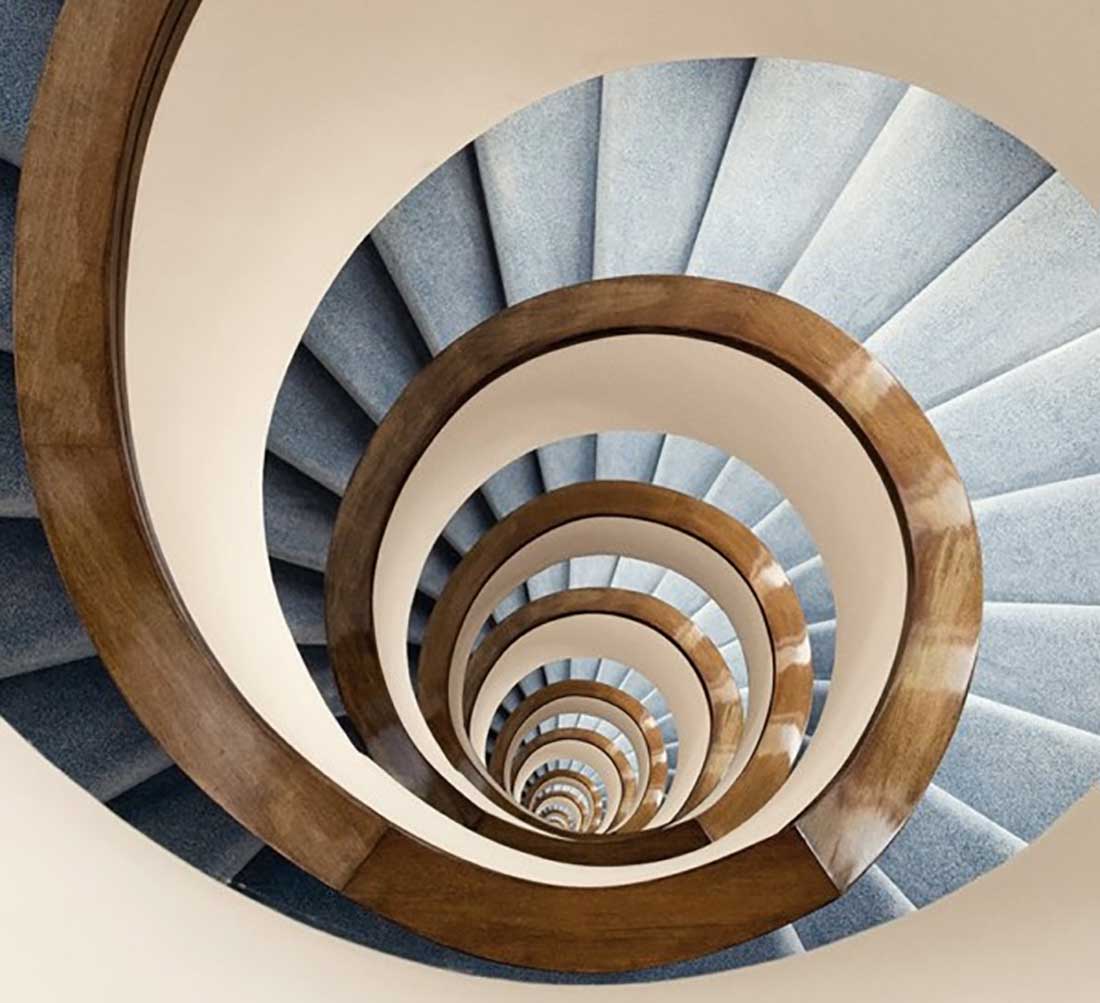 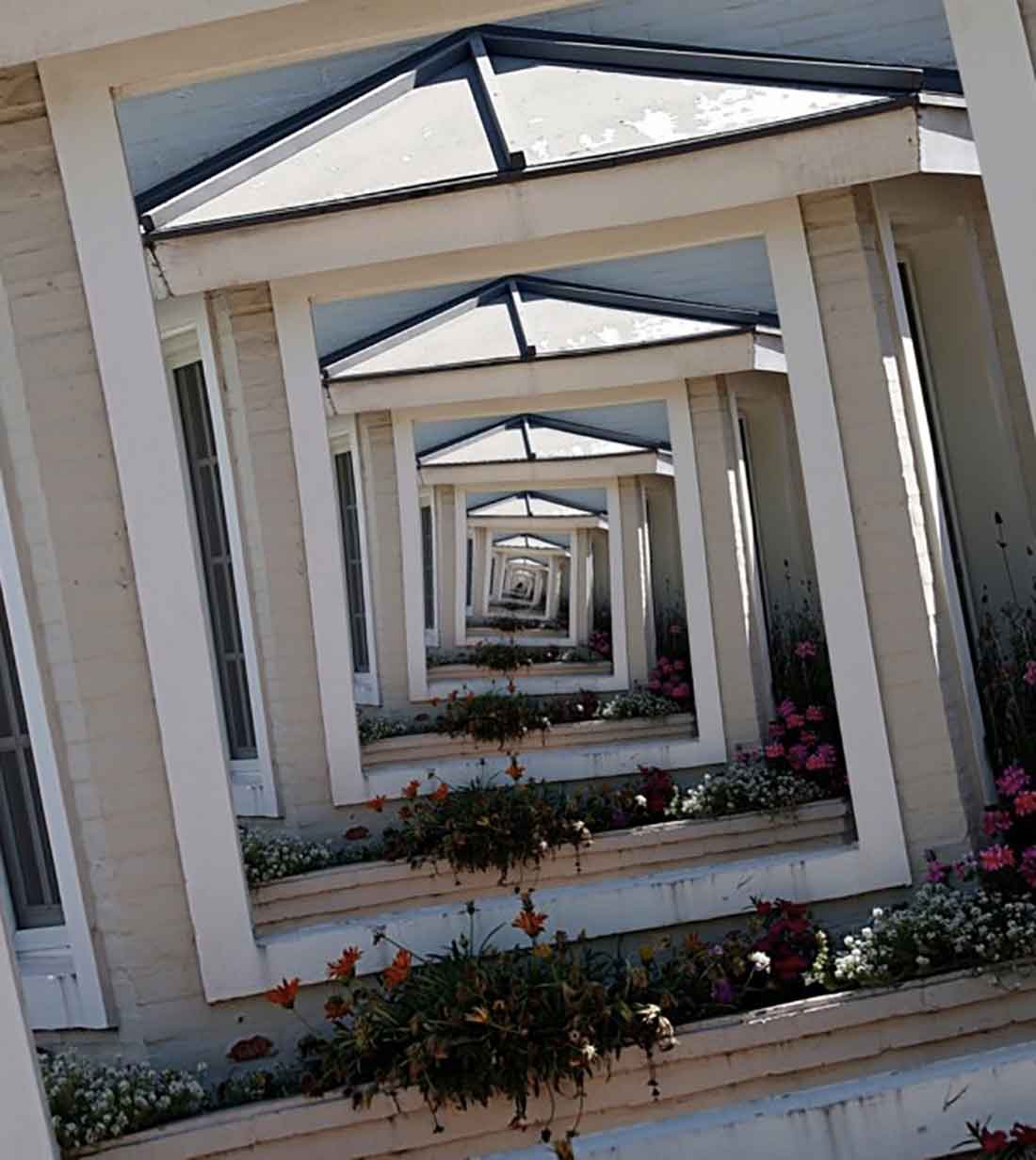