Web developers, need some help to ease your design process? Here are 18 free code editors you can try! Check out these free code editors and choose the ones that have the best features for you. Each one of them has something special and different, so find the perfect match for your work.

Here they are! Which one of these code editing tools will you use?

Notepad++ is a free source code editor and Notepad replacement that supports several languages. Running in the MS Windows environment, its use is governed by GPL License. Notepad++ is  my personal favorite as it’s light, fast and has many great features. I use it daily.

Atom is a handy small-footprint source code editor that the creators claim is “fully hackable”. This free code editor is targeted at Windows users only, but Mac users will be pleased to know there is a Mac version too. Atom is constantly updated so it is a great free code editor to get hooked on. Some of its features include: 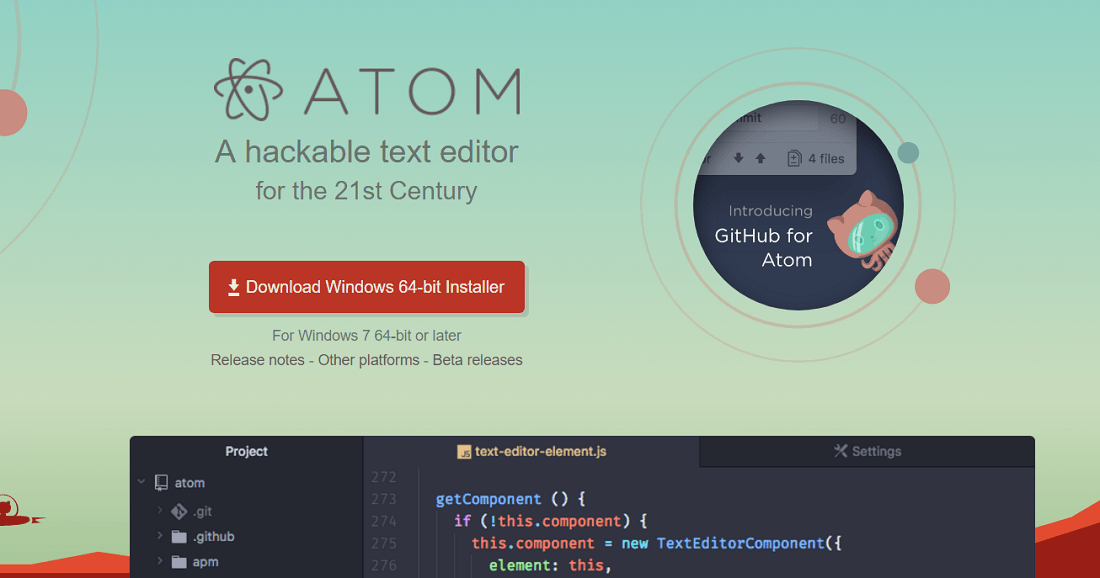 jEdit is a mature programmer’s text editor. While jEdit beats many expensive development tools for features and ease of use, it is released as free software with full source code, provided under the terms of the GPL 2.0.

ConTEXT is a small, fast and powerful freeware text editor, developed to serve as a secondary tool for software developers.

Editra is a multi-platform text editor with an implementation that focuses on creating an easy to use interface and features that aid in code development. Currently it supports syntax highlighting and variety of other useful features for over 60 programming languages.

UltraEdit is the ideal text, HTML and hex editor, and an advanced PHP, Perl, Java and JavaScript editor for programmers. UltraEdit is also an XML editor including a tree-style XML parser.

BBEdit by Bare Bones Software is a powerful notepad replacement and both an HTML and text editor. Packed full of features to help everyone from office workers, journalists through to programmers and web site editors. It is only for Mac users though, so if you’re on Windows, you may want to look elsewhere.

HippoEDIT is a powerful, fast and easy to use Windows text editor, primarily targeted at power users and programmers. It has modern and lightweight user interface.

Vim is an advanced text editor that seeks to provide the power of the de-facto Unix editor ‘Vi’, with a more complete feature set.

Whether you simply need a powerful replacement for Notepad, a tool for editing your web pages, or a programming IDE, TextPad does what you want, the way you would expect.

EditPlus is a text editor, HTML editor, PHP editor, Java editor and Hex Viewer for Windows. While it can serve as a good Notepad replacement, it also offers many powerful features for Web page authors and programmers.

Source Edit is an editor especially made for developers but can of course be used as a regular text editor as well. It natively supports the following languages: ASP, PHP, Java, C/C++, C#, Visual Basic, Pascal, Perl, Cold Fusion, SQL, HTML, CSS, XML.

PSPad is a freeware programmer’s editor for Microsoft Windows operating systems. PSPad is free for commercial and government purposes too.

GNU Emacs is an extensible, customizable text editor—and more. It has content-sensitive editing modes, including syntax coloring, for a variety of file types including plain text, source code, and HTML and many other useful features.

Coda is a professional source code editor for Mac users. This program is not only fast in loading time, but also small in size. You can download it for free but they do require you to purchase a license for $99 after a while. Some of its features include: