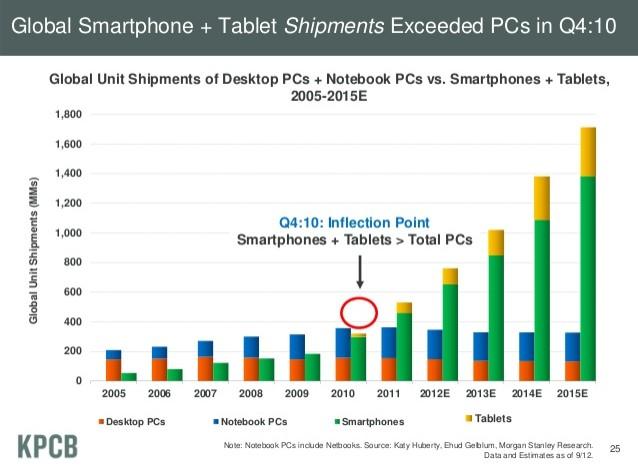 Looking at the proliferating figures of Mobile phone purchases and comparatively lesser demand for other gadgets such as personal computers, it is expected that the mobile traffic curve will all of a sudden will take a steep rise.

This has again created a great market need, as now each and every business is either looking for mobile optimization or is looking for a mobile app development.

If you are also looking for the same, then this is the best guide to switch to mobile app development. 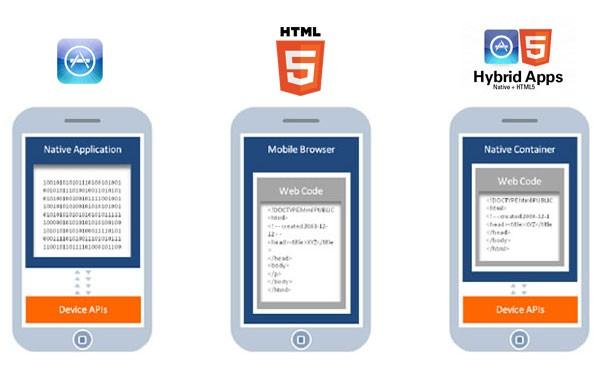 In order to deliver a high performance app, with high performance we specifically imply that apps which are not dependent on platforms. It can be quite a task to figure out the difference between all of these. So, in this section we will segregate what kind of apps you can make which can suit your budget.

iOS, Android, Windows and Blackberry are four dominating mobile operating systems in market. Apps for Android are built on Android OS and for iOS is built on Objective. Thus, these types of applications run only on the particular device which runs on the particular operation system.

Moreover, users are fragmented across the globe. Which creates a dilemma among the developers to make a choice.

To give you air of relief! web apps run on every enabled devices irrespective of the operating system installed in the device. Web apps are a good news for companies who have already built invested on responsive web design. With web app development your mobile presence is not hampered due to the device barrier. They are built on JavaScript, HTML 5 and can run on any device. However, on a lower note these applications are confined to internet and offer less offline functionalities

After combining the aforementioned apps we get Hybrid apps. These apps are generally web apps which are further packed into an app ¬store specific systems and thus runs on every platform. To the brighter side, these apps are more secure than the native apps as compared to the web apps. Furthermore, the development process of these apps is easy and therefore these apps are gaining credence among various enterprises.

Designing is one of the most lengthiest process in the development phase. If not executed with care and precision, it can lead to a lot of cost overruns and can lead to deadline delay. Formulating the most accurate design strategy is what you need for an overall success of your project. Moreover, if you can get to know the right way, you can save your time and efforts of designing the complete app from the scratch.

Let us suppose, what will happen if you have to develop apps for every native platform. Even if you target the three major platforms, your development

cost will be triple. Quite a hassle, isn’t it. Do not worry! Now you can easily cover up all the major operating systems namely Android, iOS, Windows and Blackberry.

Web and Hybrid apps are easier to build and also come with different designing tools which enable designers to design mobile applications for all the platforms efficiently. These features make Web and Hybrid designs certainly better than the cross platform native apps.

Mobile apps comes with a lot of additional responsibilities of providing good back end services. Features such as database integration, push notifications, cloud storage and identity management should be provided with mobile apps. On the publicity point to view you need to target the online marketplaces where you will showcase you apps to the users. Sign up on the app stores, get you account approved. Do not wait for the development phase to get over. This is a lengthy process and will consume time. Start these activities as soon as you app reaches the testing phase and meanwhile let the testers do their work.

Testing is certainly not a small process. Moreover, at times it can be seen that the testing phase surpasses the development phase. In order to avoid such circumstances you must be ready with a fortified testing plan for your app.

In order to start away with testing you first need to contemplate a few things. You need to understand why mobile quality matters to your reputation.. This will help you strengthen your mobile app testing goal. Further you need to figure out all the testing methodologies to get each an every aspect of your app correct.

Therefore, at Xicom we have categorized the testing phase into three major categories namely :

Enumerated below are some major challenges while crafting and testing your mobile app.

2014 was remarkable for Mobile phones, as shipments of Android

smartphones exceeded 1 billion units. The most noteworthy thing is the growth rate from the year 2013, which was down to 780.8 millions. Not just Android, a fair amount of growth was seen in all the operating systems. The key factor to analyze here is that market will soon be engulfed by the smartphones, as per the data from Strategy Analysis.

Fragmentation can be easily seen in a report by IDC, shown below is the graph form the report. 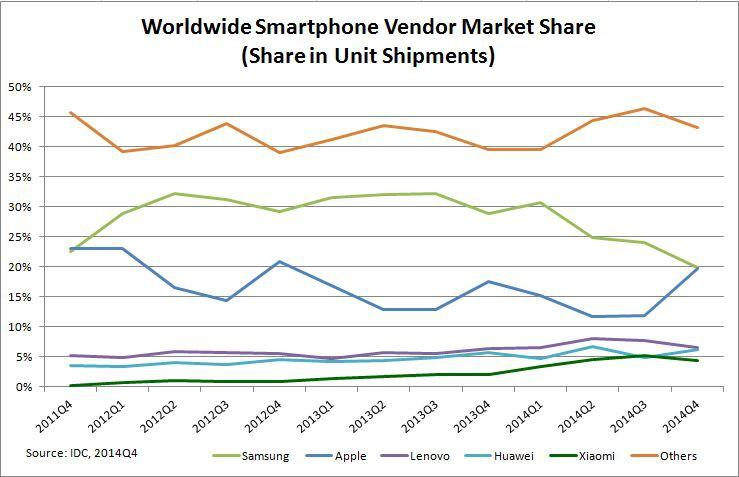 This wide fragmentation in the market is a challenge for the testers, as there

are different specifications for different smartphones and thus this pose a problem with the compatibility issue. There is actually no plausible number of devices which you can test on.

Instead of making any native app you have chosen to make a hybrid app or a cross platform web app in HTML 5. Great Choice! But numerous operating system present in the market will certainly be a challenge in testing. As we know that there is only one flagship phone of Apple, perhaps Android being an open source operating system and its third party manufactures is a major bottleneck in the testing.

Around 12,000 distinct Android device models are in the market. This is somewhere a very alarming situation for Tester. In addition, there is a considerable progressive growth rate in the number of manufactures, as there were only 4,000 devices in the market in 2012. Though daunting, but the task is not impossible. Compatibility with the hardware and software seems to create a lot of challenges for the testers. With advanced testing methodologies such as cloud testing, mobile app developers can easily test their apps to provide high quality user experience to their users.

This is one of the most irritating things.. Well this was purely based on personal experiences and the reason being; soon after purchasing iPhone 5 S here was iPhone 6 with iOS 8. Technology has certainly become ephemeral and this has created a lot of problem for the testers. You never know whether users are still using Android Jelly beans or have switched to Android Lollipop, or if they have what, is the number.

It involves a lot of deep analysis.

We know that Mobile apps are further classified into three types, as discussed in the very beginning of the article. As they all are different types of apps, thus there testing also varies.

Native, web and Hybrid, all these apps have different functionalities and

installation procedure. Wherefore, their testing methodologies and coverage also varies from one another. In order to delve deeper into the testing phase you can go through this testing tutorial.

However, these tools provide limited amount of advantage and cannot be a substitute of real world testing methodology. For a strong testing method and to get maximum advantage of your test cases, you need to follow both the process in tandem.

A good idea can certainly be a popular one, if executed ingeniously or can rot in some corner of your app developer’s computer folder. All depends on what choices you make. We aim to make smart choices and adopt the best means to accomplish our goals.

I hope this blog might have helped you to get a clear picture of your next Mobile app development project. Being into development for more than a decade we know every nook and cranny of the technology.

We engineer our ideas to get the best out of technology.

You can count on us for your mobile app development projects!