It is every designer’s dream to design a magazine’s cover. But with the magazine cover design process, comes few constraints like working in 8 x 11 inches of the sheet. You can also decide how you want to arrange the photograph and the text over it. The designer’s only aim should be how to make the design so that the magazine is sold out quickly. At least, the design should be such that it attracts the humans’ eyes while it is placed on the shelf.

The print media domain is gradually going out of the trend, but it is not going to go anywhere with magazines. This blog focuses mainly on the brilliant magazine covers that someone has ever seen. Let us take a look at a few of them in this blog. 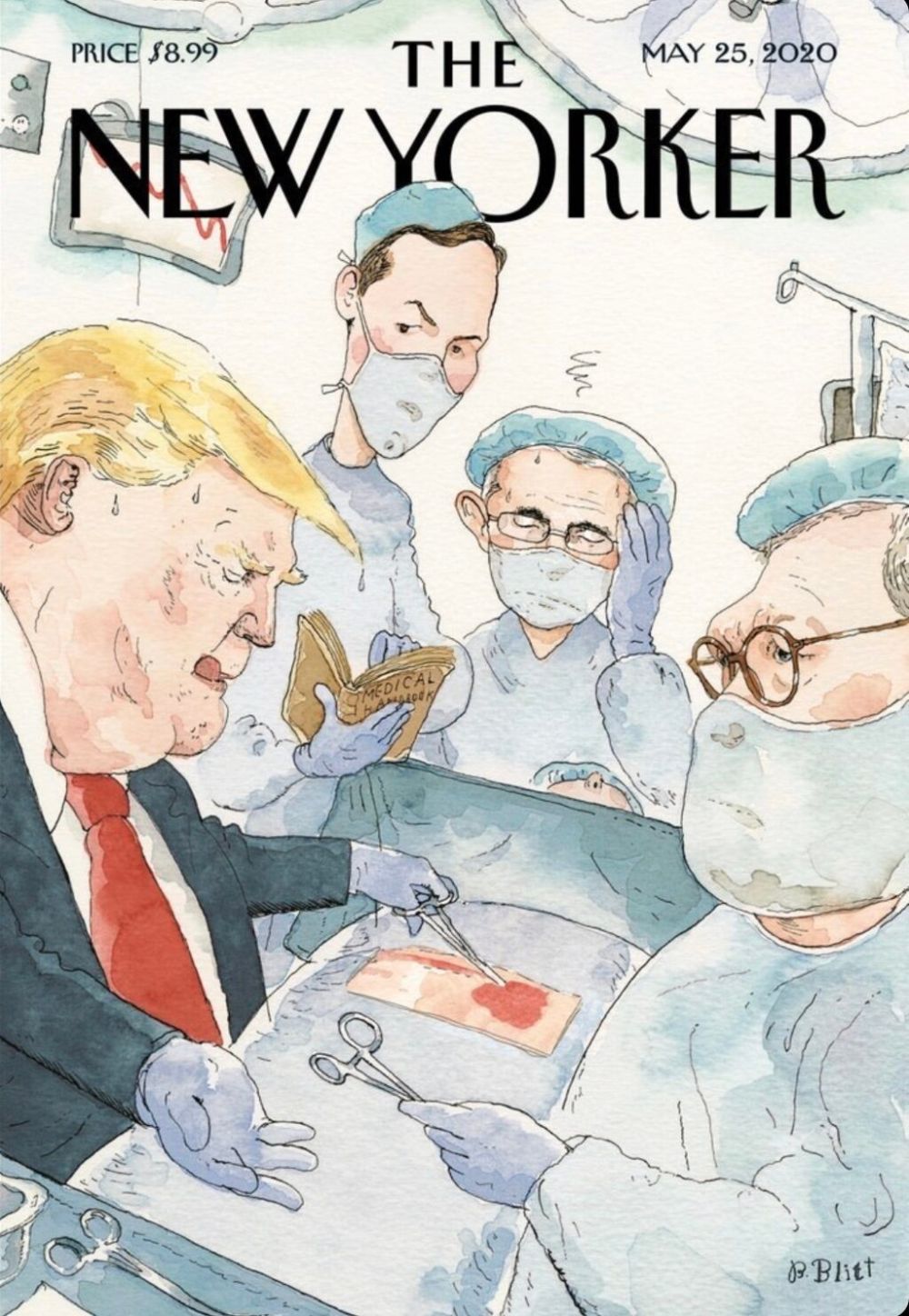 The New Yorker is an American magazine that gets published weekly. It features the domains of journalism, commentary, criticism, fiction, satire, and more. It had printed out its first copy in 1925. The magazine house claims to print the magazine 47 times a year, while five issues cover up the span of two weeks. While being published in New York, it is subscribed by international readers as well. The cover here features the President of the USA, Donald Trump, operating surgical procedure on a patient. You can notice the look of the puzzle and annoyance on the doctors surrounding the patient. This cover is selected as one of the best covers of July 2020 by Cover Junkie. 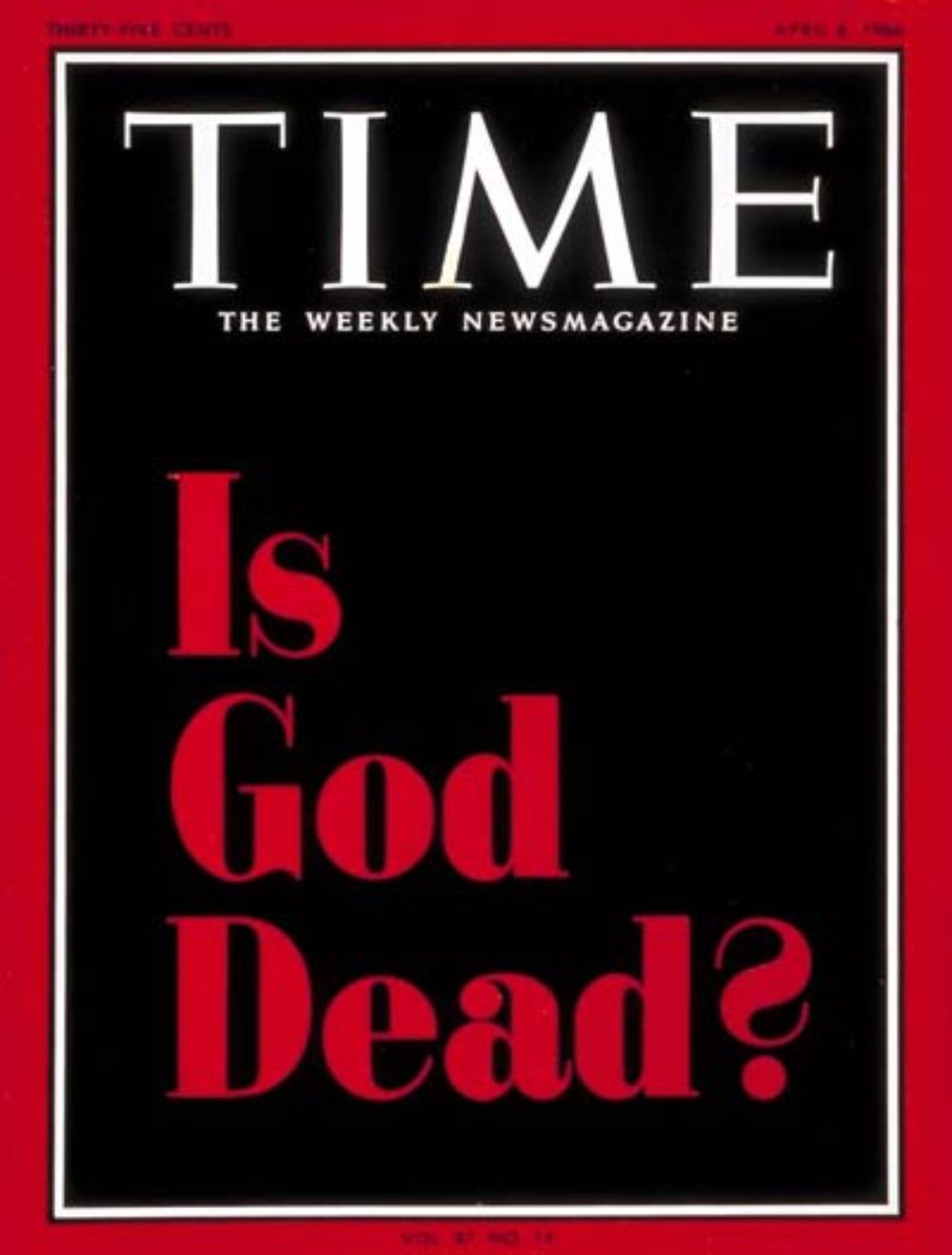 Time Magazine is a weekly published in the United States of America. They printed their first copy in New York City on March 3, 1923. Though it is published in America, it is read by several readers in different international countries. The magazine is known for its signature red border, and they change it for special events. For instance, to symbolize mourning, the issue following September 11 had a black edge instead of red. Another issue published on April 28, 2008, called Earth Day issue, featured a green border. This issue was dedicated to focusing on environmental issues. 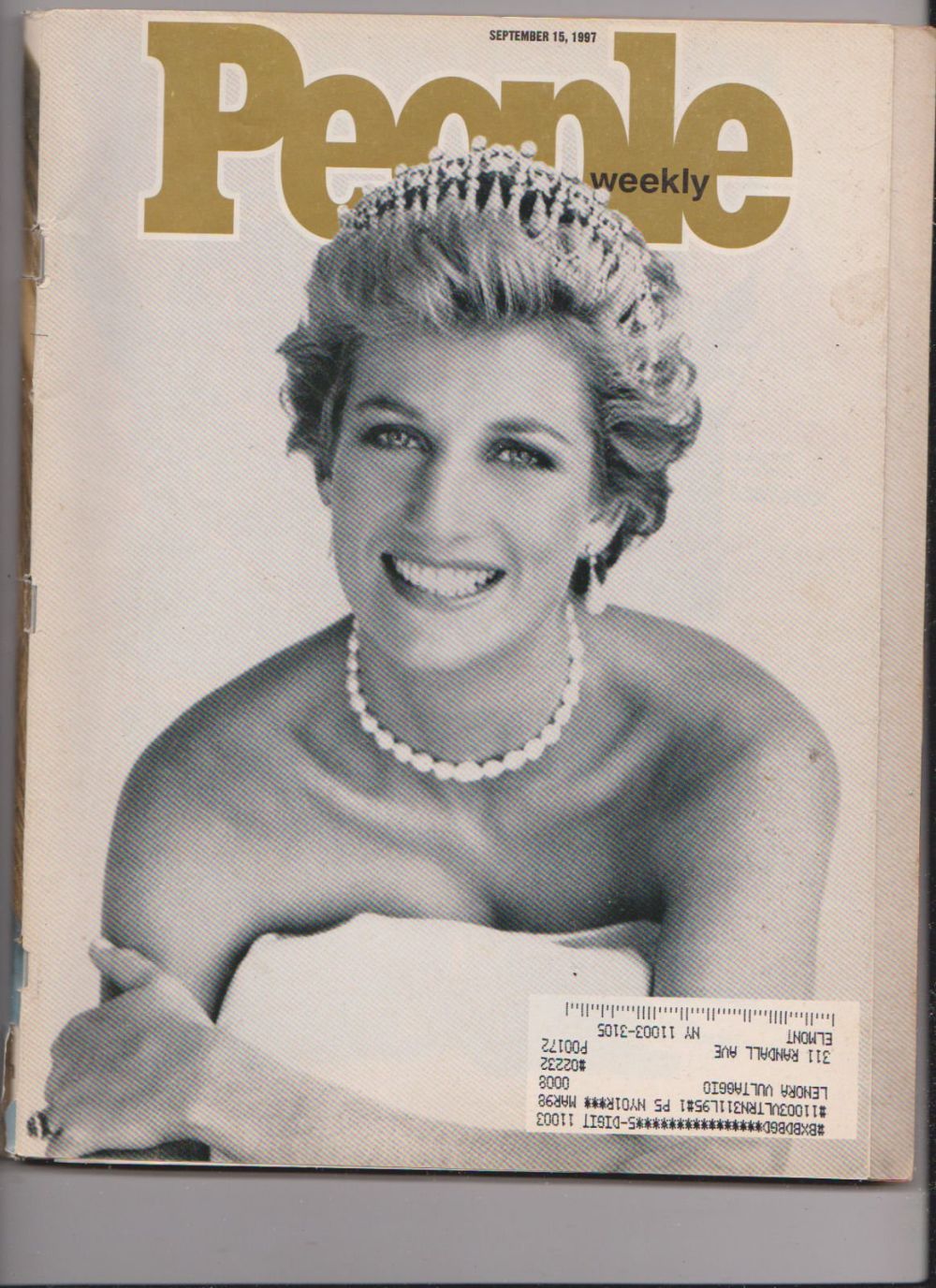 People Magazine is another magazine that is published weekly in America. It features celebrity news and the stories that interest humans. The Meredith Corporation publishes this magazine and has a massive reach across international readers. With Princess Diana on the cover picture, the magazine was sold like hotcakes. They sold a whopping 3.1 million copies from the newsstand. It was the second best selling issue of the magazine. The magazine issue dates to September 15, 1997, and features Princess Diana in her full glory. 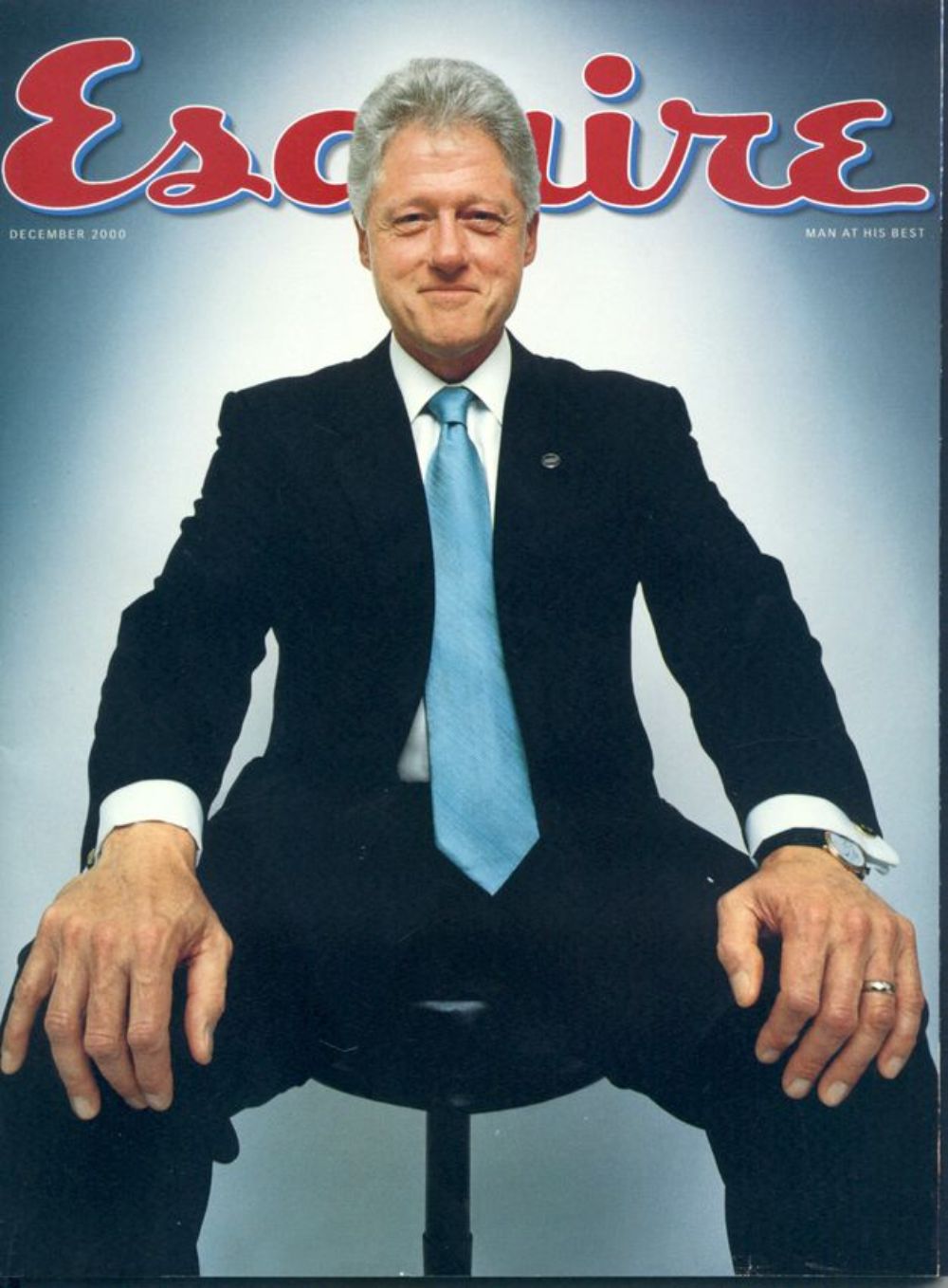 The Esquire is an American magazine that focuses on men, Hearst Corporation publishes that. It features the other 20 of its international editions for international subscribers of the magazine. The Esquire was a pioneer of the “new journalism” movement in the 1960s. In this issue, the photographer Platon clicked the picture of Bill Clinton, in a hotel room in just seven minutes. The photograph was clicked through an awkward angle to highlight his crotch that talks about his controversial scandals. Despite the scandals and controversy, Bill Clinton’s photographs graced the magazine three times. 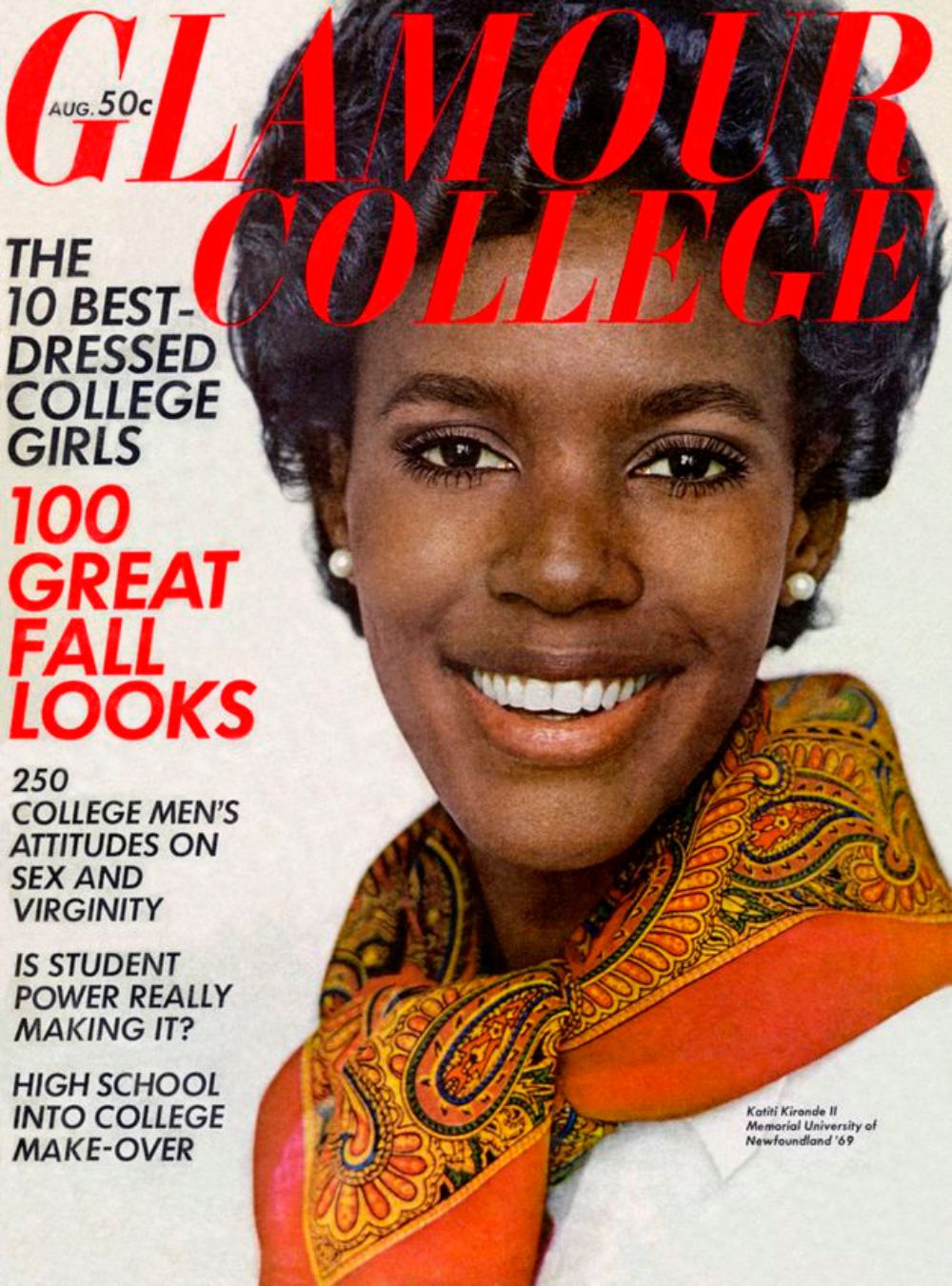 Glamour is another magazine published in the USA that focuses on women, which was founded in 1939. Its first issue was published in April 1939, and initially, it was called the Glamour of Hollywood. The moniker of the magazine was changed to Glamour in April 1943. Here, we are discussing an issue of the magazine that dates back to August 1968. It features Katiti Kironde, the first black woman to appear on the cover of Glamour magazine. The magazine editor claims that the issue was sold overnight before it even hit the newsstands and bookshelves. As it featured a black woman, they anticipated a negative response. But the positive reaction outweighed the negative response. 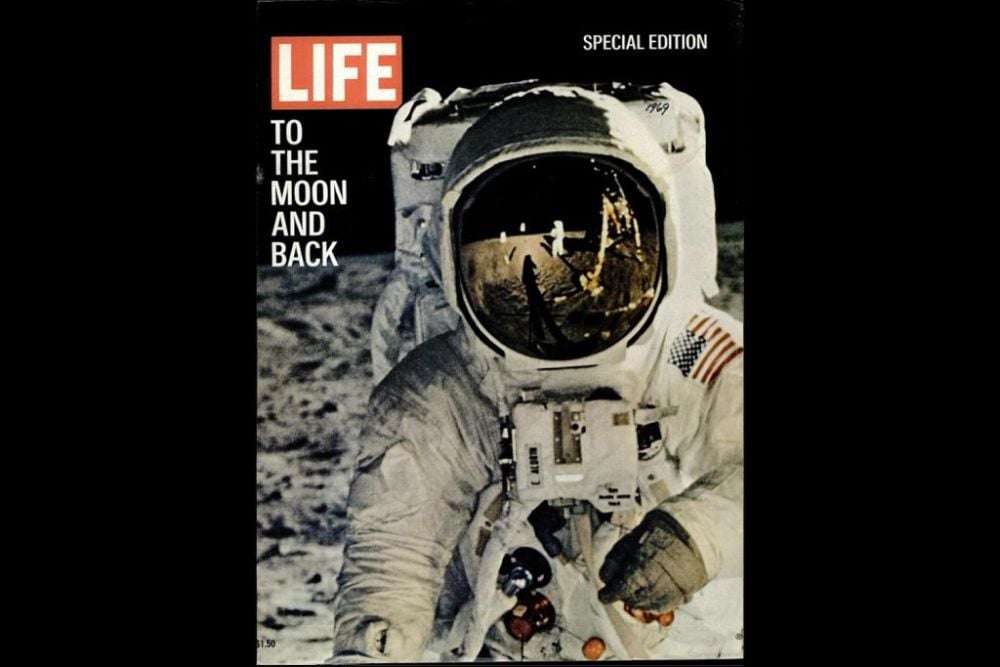 Life is another American magazine that is published weekly in the USA. It has now been acquired by Meredith Corporation, which also owns The Time magazine. The issue under consideration is of an astronaut walking over the surface of the moon. It talks about the first leap of bound that America took by sending their astronauts over the moon. Neil Armstrong and Buzz Aldrin reached on the moon in the year 1969. The USA established the fact that they can do and establish anything. This issue covers almost all the images of Neil Armstrong and his fellow astronauts walking over the moon’s surface. Life covered the entire event virtually after more than two weeks of the telecast of the event. The concept of landing on the moon was completely foreign, but this issue of the magazine covered the events with explanations and stunning pictures of it. 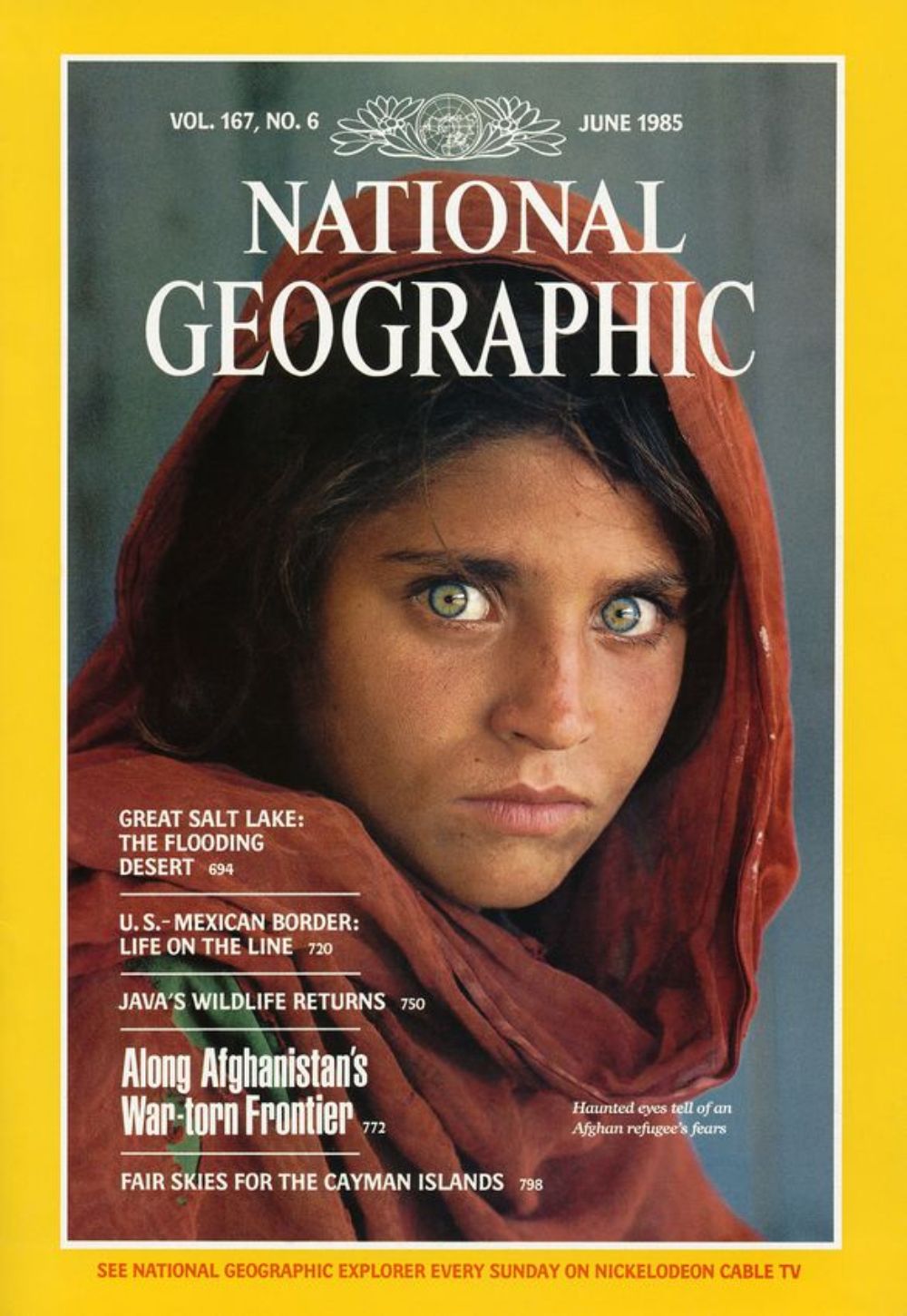 The official magazine of National Geographic Society, National Geographic, contains information about science, geography, history, and cultures around the world. In June 1985, this issue featured a cover image of an Afghan girl with beautiful eyes. She is Sharbat Gula, who used to live in the refugee camp near the Pakistan border. The magazine’s cover is the most famous magazine cover in the 125-year history of the magazine. While covering an issue on the refugee camps, the photographer clicked this picture of her. She was in one of the refugee camps turned into a makeshift school. The photographer managed to click the haunted look on her face, where she escaped the bombings in her village. This cover image of National Geographic magazine has been very popular across all the nations of the world. 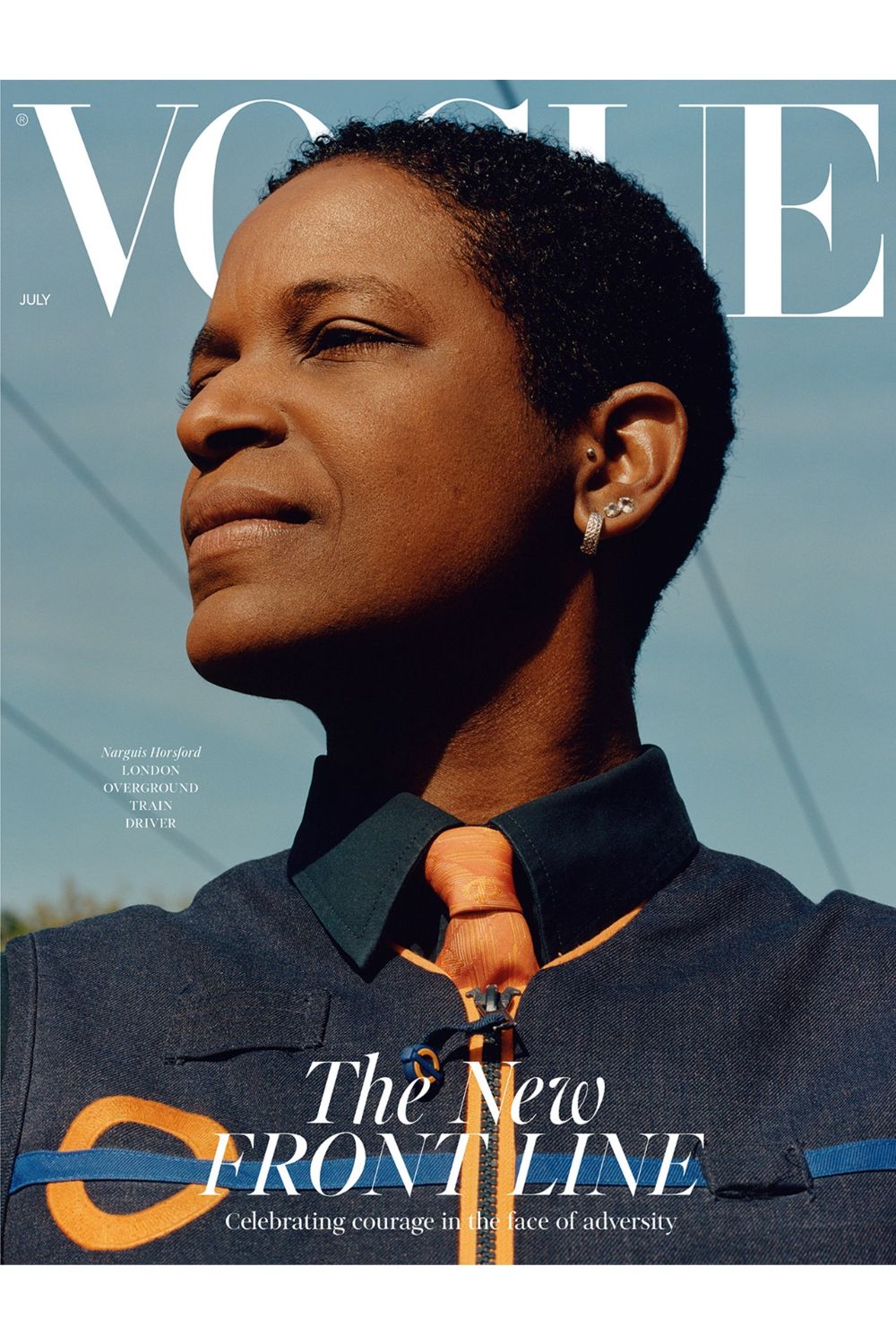 Vogue UK is also called as British Vogue, which started its journey since the autumn of 1916. It is a British version of the American version of the same magazine. The magazine is owned and distributed by Conde Nast. Vogue UK is considered the fashion bible by fashion designers, models, and influencers. The July 2020 version of the magazine was dedicated to the frontline warriors that took part in the pandemic to help people out. Vogue UK’s editor honored numerous health workers across the UK who went out when the epidemic was at its worst. The magazine cover reads the caption “The New Frontline – Celebrating courage in the face of adversity.” 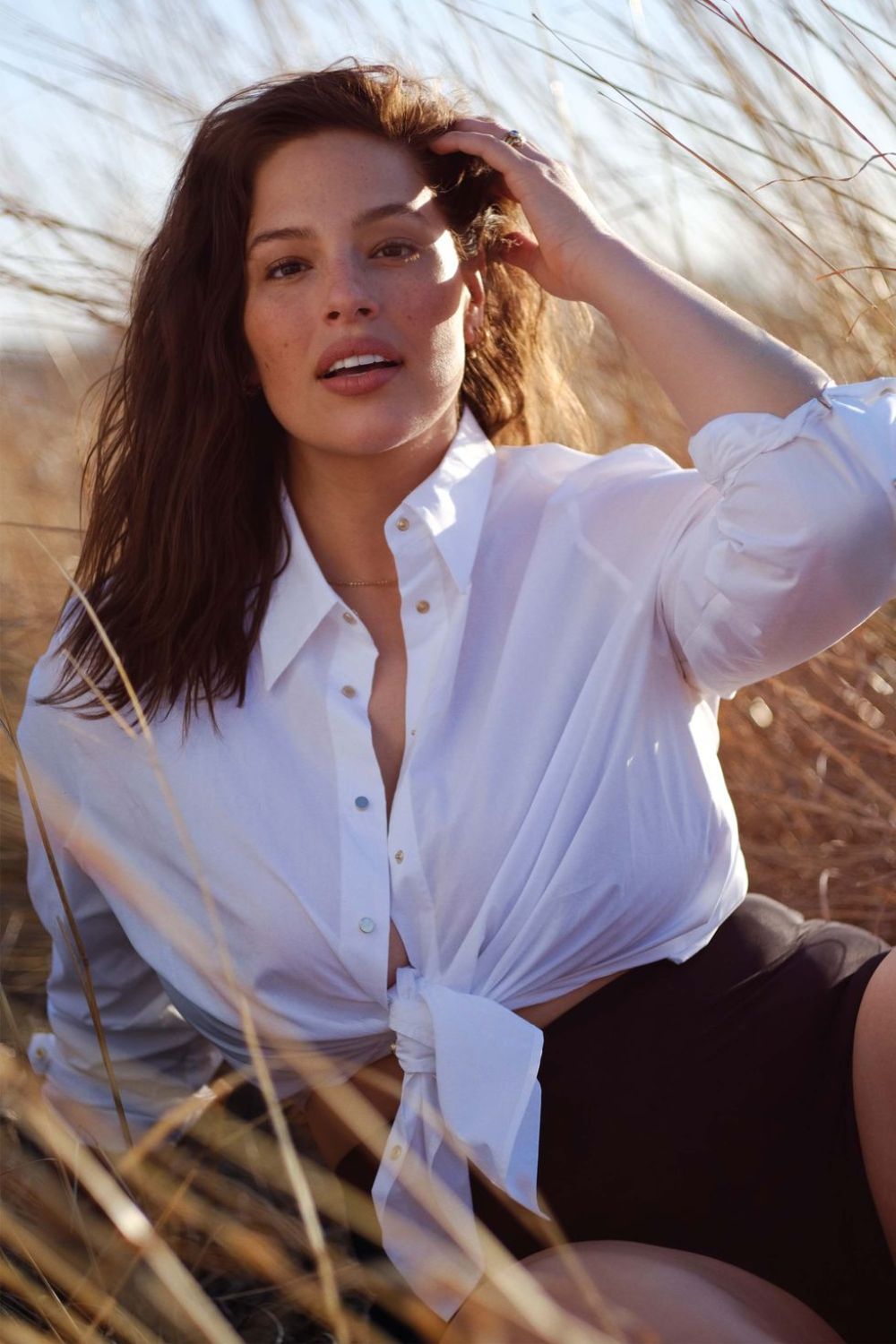 Harper’s Bazaar is an American fashion magazine published monthly and began its journey since November 2, 1867. It is published in New York City, and the magazine considers itself to be the style resource for the women that guide them from casual to couture. The cover image of their July 2020 issue features Ashley Graham at her Nebraska home. It covers Ashley Graham, the body positivity model, after the birth of her son, and she talks about the journey of being a mother. The pictures were clicked by her husband, while they quarantined in the COVID-19 pandemic at their Nebraska house. 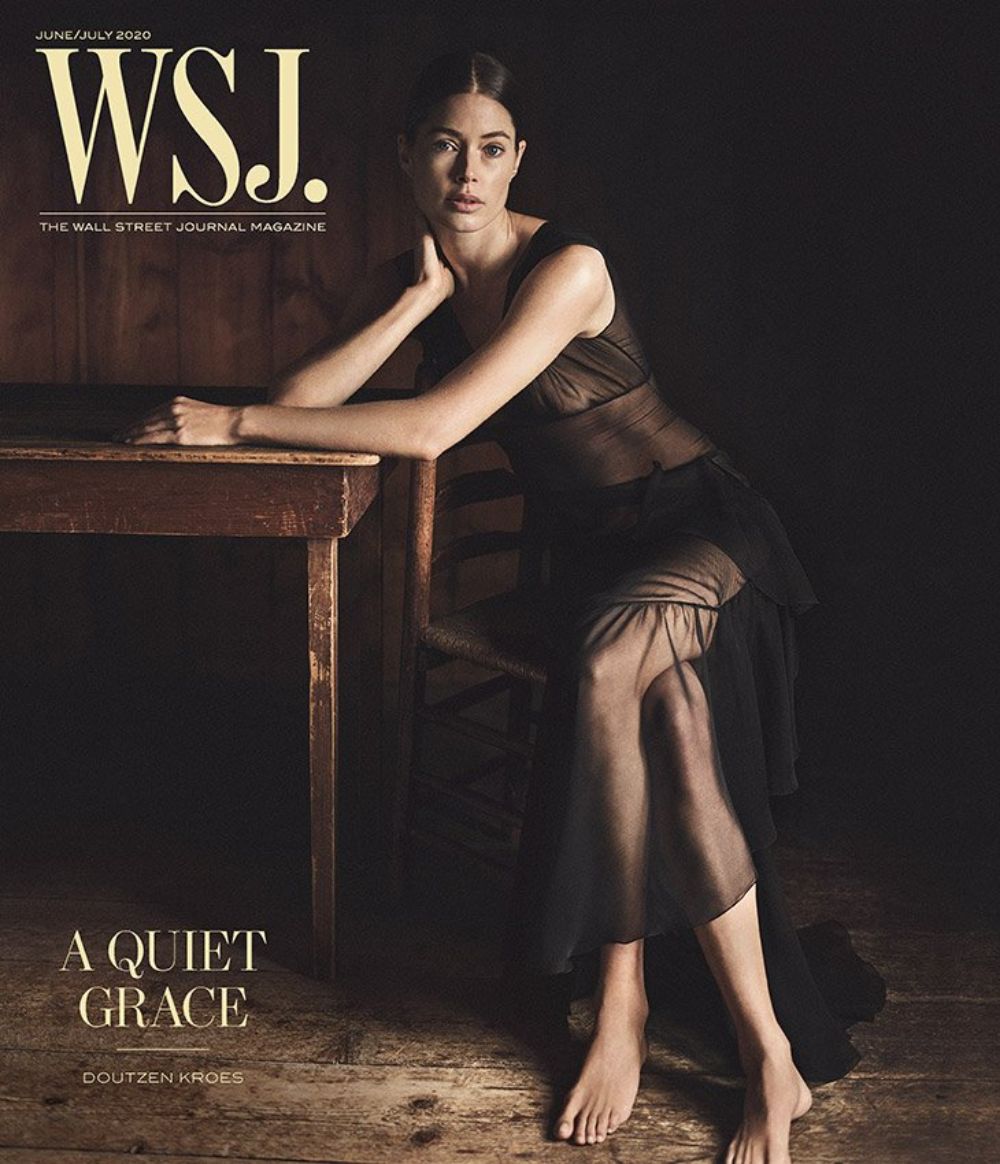 The Wall Street Journal, also known as The Journal, is an American magazine that focuses on business, is based in New York City. Their international editions, like Chinese and Japanese editions, are also available. The July 2020 issue of the magazine features a Dutch Model Doutzen Kroes that talks about pre-fall clothing couture. “A quiet grace” is the caption that features in the magazine. It is the 120th issue that was published on June 6, 2020. 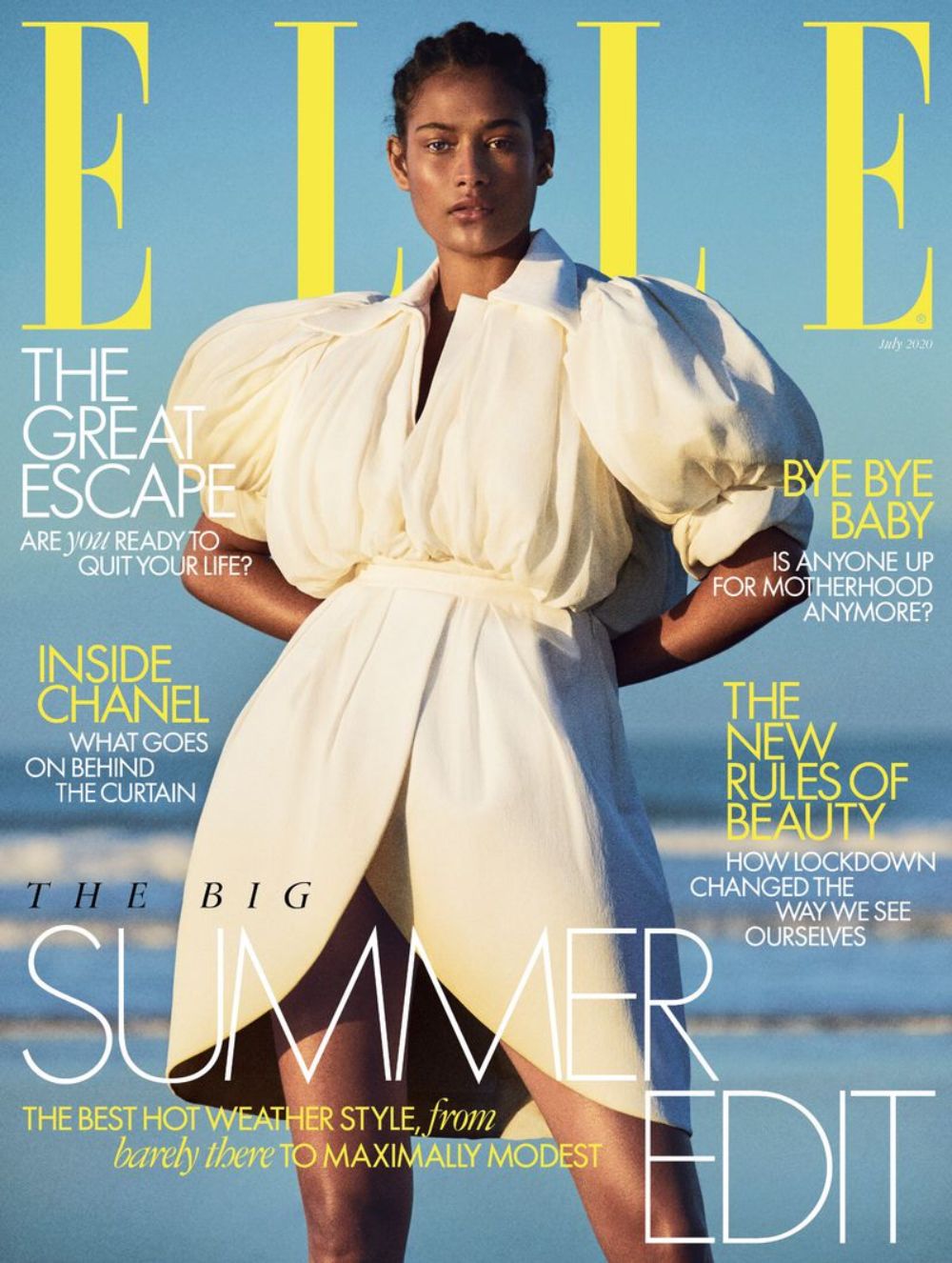 Elle is a French Origin lifestyle magazine that contains information on fashion, beauty, health, and entertainment. The title of the magazine means “she” or “her” in French. It originated in 1945 and was started by Helene Gordon Lazareff and Pierre Lazareff. Elle is the largest fashion magazine with 46 international editions in around 60 countries. These include the publications that are specific to the respective regions. The July 2020 edition of the magazine features the latest trend in women apparel. It talks about the puff sleeves trend that has caught the fashion industry by storm. 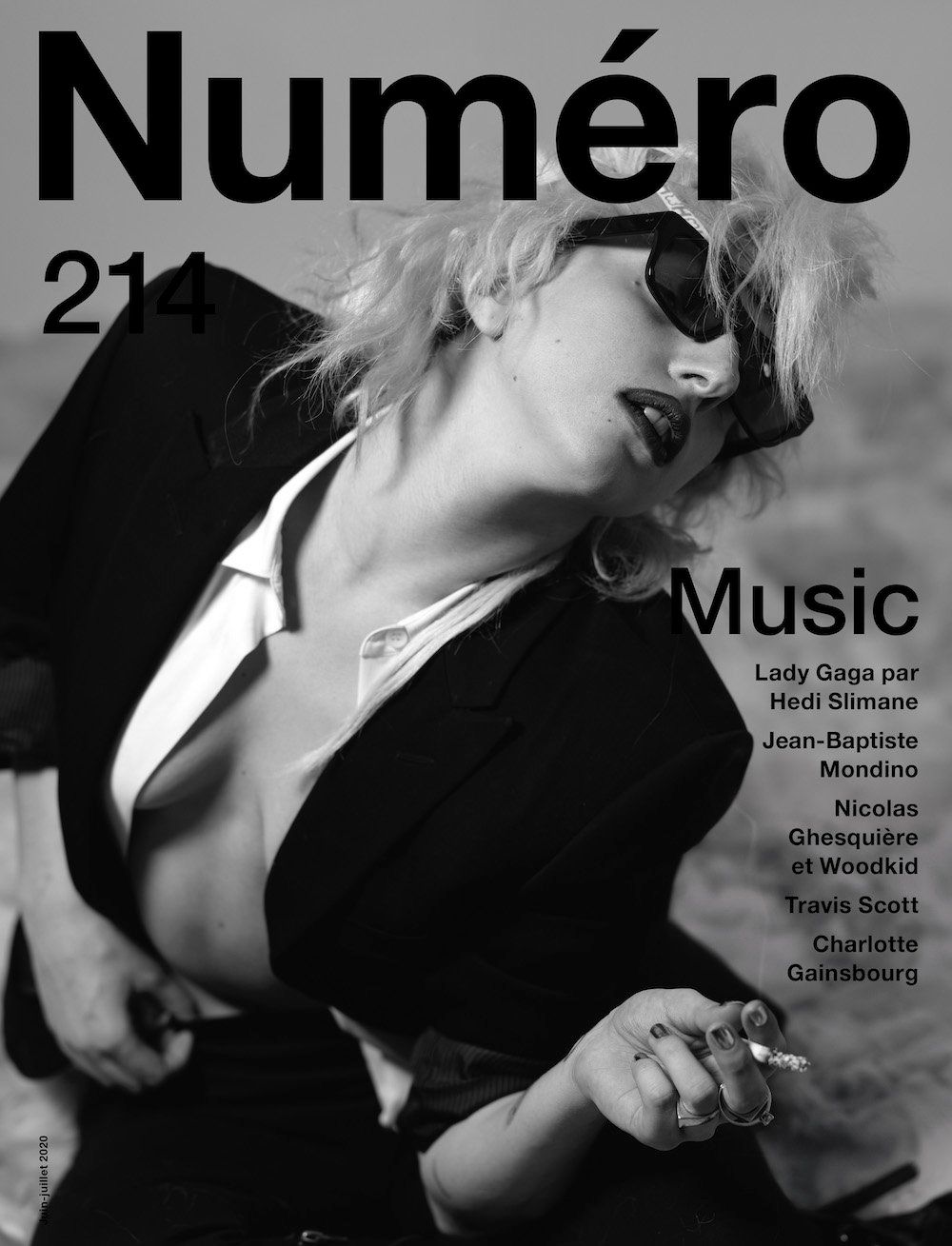 Numero is a French fashion magazine covering domains like international fashion, design, beauty, health, architecture, and décor. It also features trending celebrities and fashion icons.  The magazine was founded in 1998 by Elisabeth Dijan, who thinks that it is made for the smart women of today. There are issues that are region-specific, based in international countries. The July 2020 issue features the controversial pop singer Lady Gaga. She graced the magazine cover on the occasion of the launch of her music, and the magazine issue is the special edition. The cover image is in black and white, and Lady Gaga seems to have a half-burnt cigarette in her hands. Apart from her, there are also other artists featured like Travis Scott and a top American model Grace Hartzel and more. 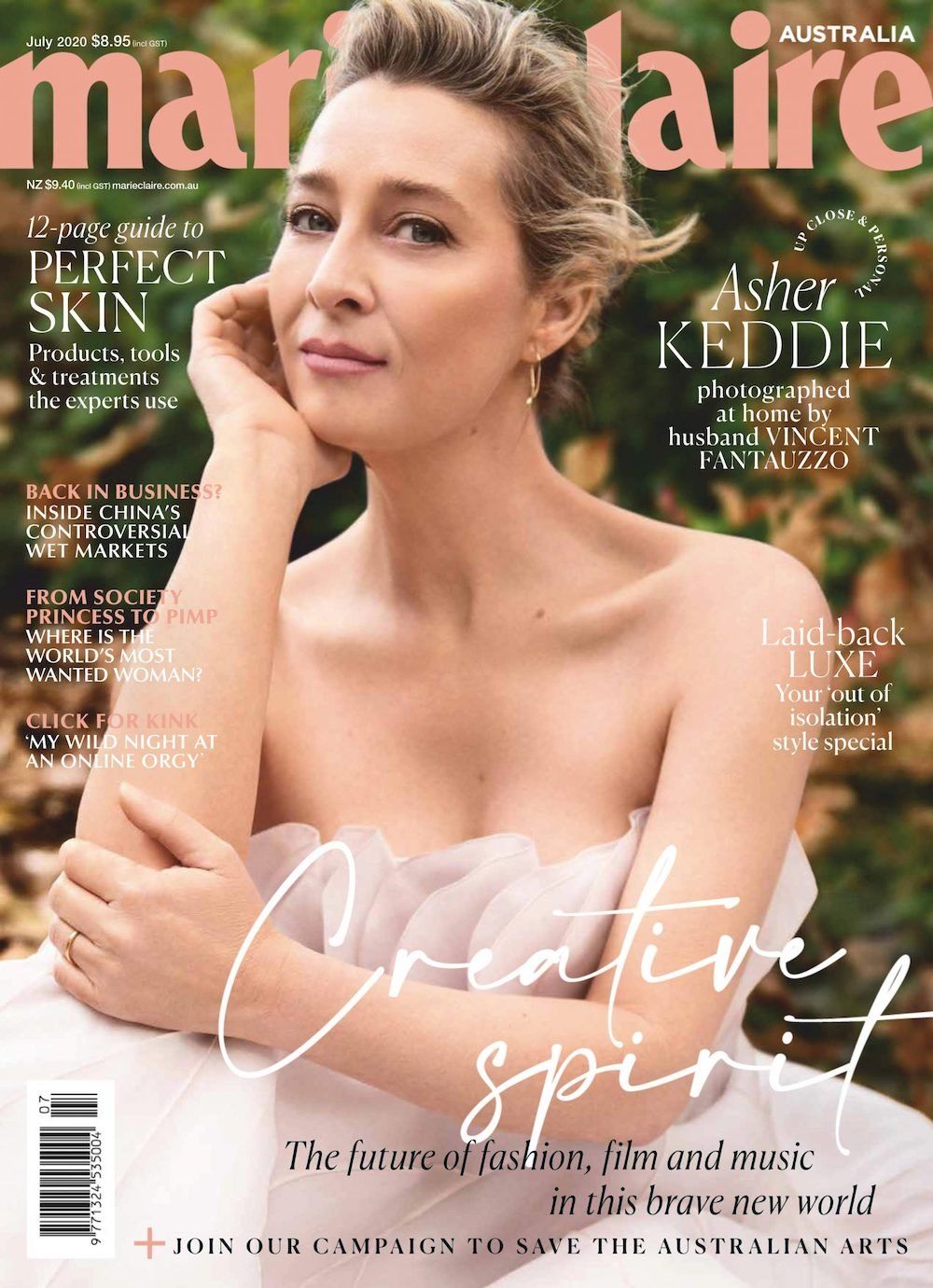 Marie Claire is an international fashion magazine that originated in France around 1937. Various editions are published in foreign countries with different languages. It focuses on numerous powerful women around the world and also covers health, fashion, and beauty. Marie Claire Australia is a part of Pacific magazines. The cover of July 2020 issue features Asher Keddie’s photograph clicked by her husband, Vincent Fantauzzo. As they are at home because of the pandemic, Asher decided to be her own makeup artist and wardrobe stylist to capture the picture for the issue. The cover features her close up in a lavender ruffled dress. 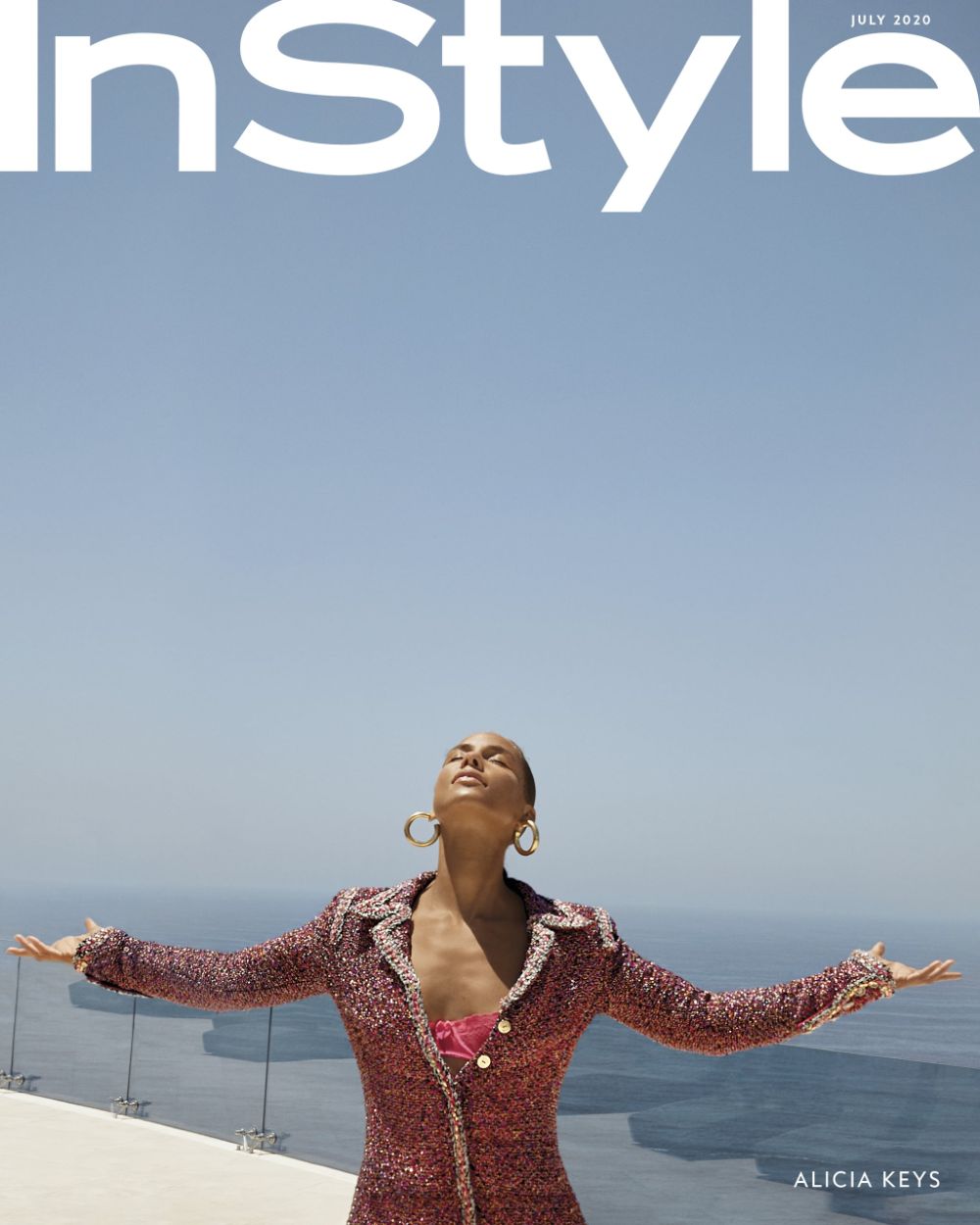 Instyle is a fashion magazine that started publishing its issues in the year 1994. The Meredith Corporation publishes it in the US and by Pacific magazines in Australia. Along with the advertising, it also focuses on beauty, fashion, entertainment, philanthropy, celebrity lifestyles, and trends. The magazine originated in the US and has been sending its copies to more than 60 countries around the world. With Australia and Germany, Brazil, Greece, South Africa, and Turkey also gets its copies from the USA. The July 2020 issue features Alicia Keys on its cover page. With an interview with the pop star, the issue also covers her journey from a career in music to family life. 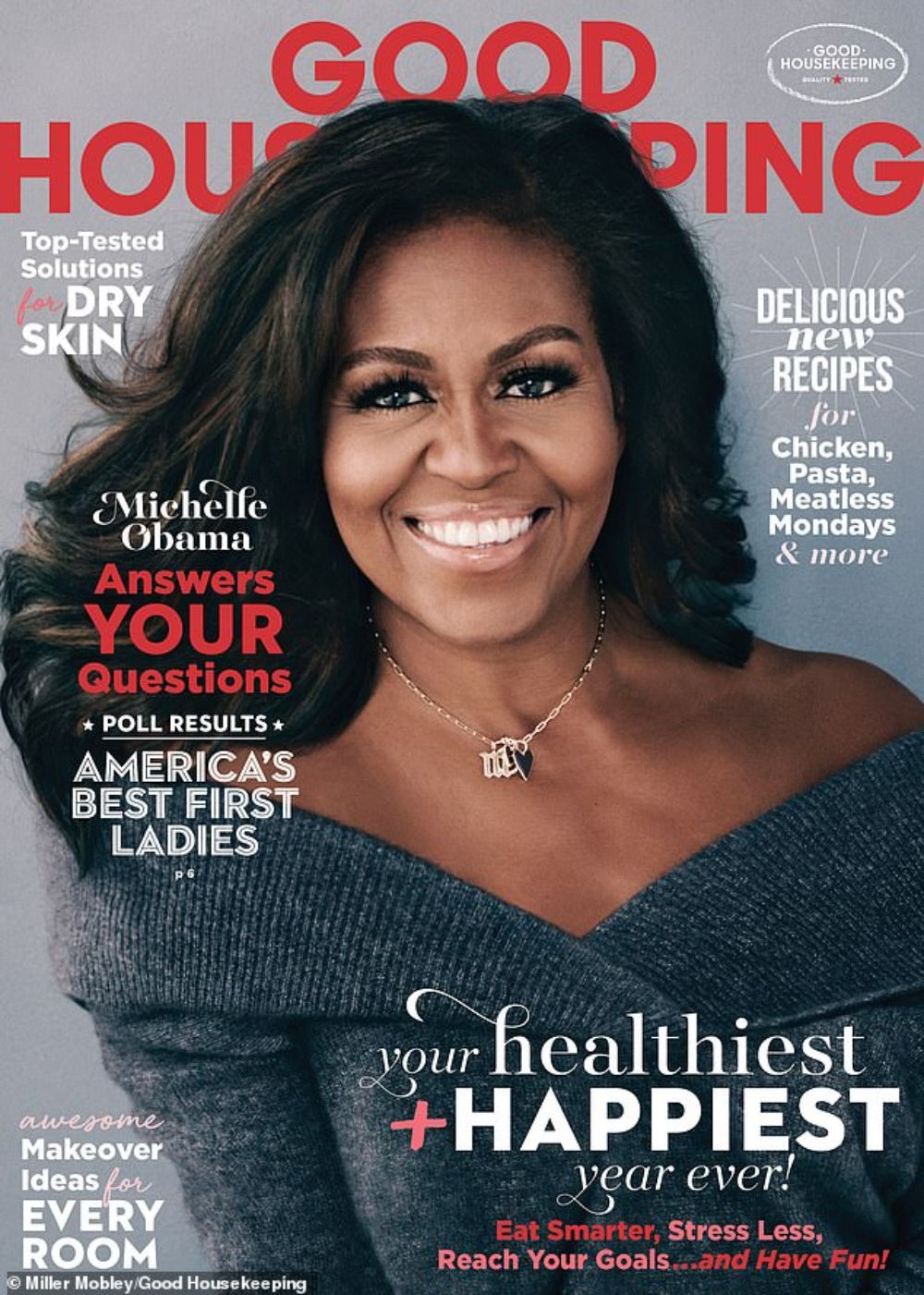 Owned by Hearst Corporation, Good Housekeeping is an American magazine for women that focus on the content with women’s interests, recipes, diet, and health.  The magazine was first published in 1885 on May 2. Every issue comes out monthly with various topics and celebrity interviews. The cover issue of January 2019, shows Michelle Obama on the front page in a cyan-blue sweater. Good Housekeeping arranged an exclusive interview with her after she launched her bestselling book called Becoming. She answers questions from various top readers of the magazine.

All the above-given magazine covers in the blog, are some of the most famous magazine covers from all the time. They manage to cover the celebrities and events in the most iconic way possible. With various design ideas, typography, and photography angle, a designer can find multiple ways to design a magazine cover. You can derive inspiration from the layout and arrangements of various elements on the cover. The images in the blog surely are bound to impress you with its designs and the way they have used the fonts for styling the captions on them. This blog is aimed at graphic designers, but website designers can also look at these covers. The website designers can also look for inspiration from the cover page layouts and can follow specific arrangements while designing a website.